A Primer on Emotions and Learning 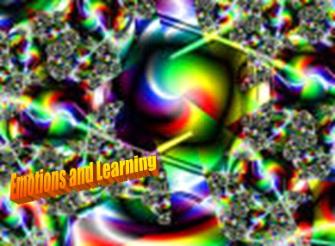 A primer on Emotions and Learning

Ulrike Rimmele holds a Master`s of Science in Neural and Behavioural Sciences from the Graduate School of Neural and Behavioural Sciences/International Max Planck Research School of the University of Tübingen, Germany. She is currently involved in the international PhD program in Neurosciences at the Swiss Federal Institute of Technology and the University of Zürich in Switzerland.

Were where you when the Twin towers collapsed, or when the Challenger Space Craft exploded? Can you remember receiving your high school diploma, your first kiss? Most probably, you are able to remember these scenes, while you most likely forgot others, like where you were the day after the twin towers had collapsed. What is the reason for this phenomenon? Why do we remember some things, while we forget others? If you take a closer look on the scenes from above, you will notice that they are all emotional experiences. Emotions have a profound impact on what we learn and keep in mind. But what role do emotions exactly play in learning and memory? How do they influence learning and memory? This primer will explore these questions.

Emotions in the brain

Poets often locate emotion in the heart, whereas researchers have looked elsewhere for emotions: in the neural circuits underlying the central nervous system. They have found different pathways in the brain for different emotions. So far, knowledge on the neurobiological underpinnings of emotional influence on learning and memory is most elaborate considering fear and stress as well as two special dimensions of emotional information: arousal (how exciting or calming) and valence (how positive or negative). Therefore this primer will focus on the influence of these emotional states on learning and memory.

Learning of fear in animals

Most of what is known about fear and learning has been assessed with fear conditioning tasks in animals. In a fear-conditioning task, an animal is exposed to a neutral stimulus such as a tone or a light, which consistently precedes an aversive stimulus such as an electric foot shock. After a few trials, the animal has learnt to associate the former neutral stimulus with the aversive event, i.e. when solely the tone is presented, the animal exhibits the same body reactions as after the electric shock: it freezes and its heart rate, blood pressure and muscle tension increase(1). With the use of precise lesions, investigators have been able to trace the pathways between the brain areas that receive auditory input (tone) and the areas for behavioural output (body responses to fear). Such mapping studies have identified the amygdala (footnote1) to mediate the associative learning of fear.

The amygdala is a critical part in fear processing circuits. It mediates the fear response and the association of a stimulus with fear. Thereby, when a tone signals danger, the information reaches the amygdala via two pathways (Figure 1). One pathway is rapidly processed and thus only approximate information of an emotional stimulus leads directly from the thalamus (footnote 2) to the amygdala. The other, indirect pathway, mediates information of an emotional stimulus from the thalamus to the amygdala via the cortex (footnote 3) (2). Thus, the information of the indirect pathway is more highly processed and reaches the amygdala after a brief lag of time. To illustrate the meaning of these pathways, imagine a hiker walking through the woods(2). All of a sudden, he stops and freezes. Only a few meters in front of him lies a snake. His heart races and he is scared. Then he realizes that he actually mistook a root for a snake. He calms down and continues walking. This reaction can be divided into two phases. First, the hiker sees something that looks like a snake, stops walking and his body gets prepared for a dangerous situation: his heart rate increases, etc. Only then, the hiker realizes that the snake is actually not a snake, but a root. He calms down and continues walking. It is important to note that the conscious recognition of the “snake” happens after the startle response. What brain processes causes the hiker to react like this? An emotional stimulus, something that looks like a snake, is first processed in the brain by the thalamus. The thalamus passes on a fast, but crude representation of the stimulus to the amygdala. This fast but crude transmission allows the brain to start to respond to a potentially dangerous object, which could be a snake. Therefore, the hiker’s body prepares for a dangerous situation, before he even knows what the stimulus is. Meanwhile, the thalamus also sends information to the cortex for more thorough examination. The cortex then creates a more detailed and accurate representation of the stimulus. The hiker realizes that he mistook a root for a snake. This outcome is fed to the amygdala as well and is transmitted to the body. The hiker then calms down.

The advantage of the thalamus-cortex-amygdala pathway is that the stimulus representation is more accurate, it does, however, take longer. In situations of danger, the fast thalamus-amygdala pathway is very useful. The time saved by the direct pathway could be decisive between survival and death. 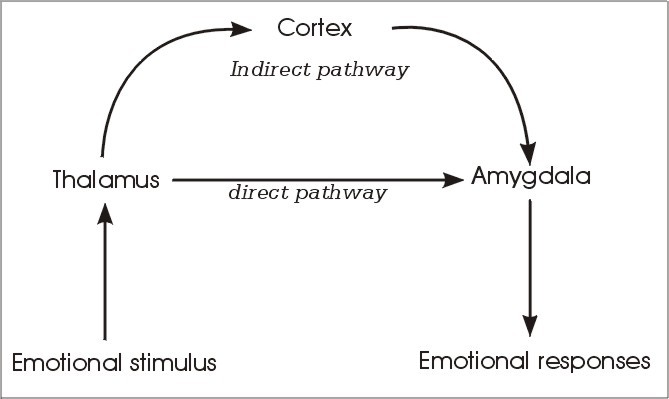 Fig 1: Direct and indirect pathways to the amygdala.

Fear and learning in humans

In humans, the amygdala has also been shown to be crucially involved in the processing and encoding of fearful stimuli into memory. Brain imaging studies found for example activity of the amygdala during fear conditioning(3). Furthermore, a study on patients showed that humans with damage to both amygdalae are unable to learn fear in a fear conditioning task(4). In this study, patients with selective damage to the amygdalae, hippocampus (footnote 4) or both were investigated with a fear conditioning task, in which a frightening horn was blasted at the patients in conjunction with the presentation of shown colored slides. The results of the test showed the following: Patients with amygdala damage showed no fear reaction, but knew which colors were followed by the horn; patients with damage to the hippocampus showed a fear reaction, but had no knowledge which colors were associated with the horn; and lastly, patients with both amygdala and hippocampus damage, showed neither a fear reaction nor knowledge which colors were associated with the horn. This shows that memories produced by fearful situations have both an affective and a cognitive component. Thereby the unconscious affective component involves the amygdala, while the conscious cognitive component depends on the hippocampus (Figure 2). 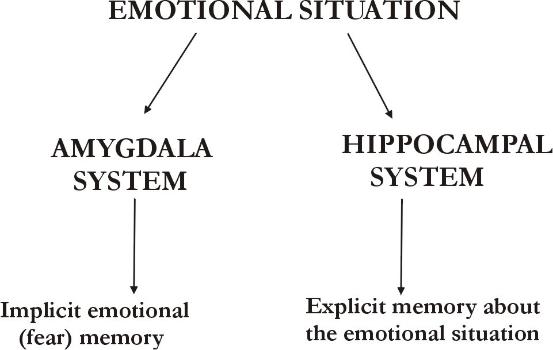 Stress is a condition that is provoked by heightened demands on the cognitive and motor system and is experienced accordingly emotionally. Imagine for example that you are meeting a lion in the street. This is a dangerous stressful situation! Your brain recognizes quickly that you are in danger and prepares your cognitive and motor system for survival. A set of various reactions to the stressor (lion) makes up the stress response. Your cognitive capacities increase, e.g. vigilance and attention, and your body gets prepared for fight or flight. Your heart rate and blood pressure rise while digestion, growth and reproduction are slowed down, as these functions are not necessary in an acute stress situation and can be delayed without damage to the organism. This stress response is mediated by stress hormones: Within milliseconds, epinephrine and norepinephrine are secreted. Seconds later, the secretion of cortisol follows. Research has shown that these stress hormones act on the brain and thereby modulate cognition, learning and memory.

The effects of nor-/epinephrine on learning and memory will be described under the paragraph “emotional arousal” because they are also secreted under emotional arousal. Let us therefore examine the effects of the hormone cortisol. What would you do to find out about the effects of cortisol on learning and memory? Researchers induced heightened cortisol levels with laboratory stress tests (e.g. a public speaking task or a mental arithmetic task(5-9)), real stress situations (examination stress(10)) or the administration of pills containing cortisol(6, 11-14) or similar substances(15-18). Then they had subjects memorize word lists, pictures or film clips. From the findings of these studies, it can be hypothesized- in accordance with findings from animal studies- that low and medium cortisol levels improve learning and enhance memory, whereas high levels of cortisol have a deleterious effect on learning and memory(19-22). This hypothesis is further supported by the finding that extremely or chronically elevated cortisol levels, as they occur in some diseases or under prolonged stress, lead to cognitive deficits and memory impairment in animals as well as in humans(20, 23, 24). Patients with Cushing’s disease, for example, in which cortisol is excessively secreted, suffer from cognitive deficits, which include memory impairment. Recent studies have shown that the hippocampus, the brain region that is critically involved in mediating learning and memory, is shrunken in this disease(2). The unusual elevation of cortisol levels causes damage to cells in the hippocampus, which in turn may lead to cognitive deficits and learning and memory impairment(20).

Altogether these findings indicate that some level of stress is essential for optimal adaptation to environmental challenges and can lead to better cognition and learning. Too high a level, however, can be damaging, both physically and mentally.

Arousal and pleasure in memory

Most of us remember what we were doing and with who we were at the time we learnt about the terrorist attack on the World Trade Center on the 11th of September 2001. For many of us, this memory is as precise as a photograph in contrast to the memories of the day before or the day after the attack, which have faded or vanished. For this reason, researcher called such a memory a “flashbulb” memory. Presumably, a new and shocking experience triggers a brain mechanism, which creates a memory as sharp as a snapshot. Such a memory of a real trauma gives an important insight into the connection of emotions and memory. But to really understand such emotional memories, controlled laboratory experiments are important. During the last decade, researchers have started to investigate certain facets of emotional memories. Margaret Bradley and her colleagues presented slides that were either neutral (e.g. umbrella), pleasant (e.g. a beach at sunset) or unpleasant (e.g. an attacking snake). The subjects remembered the emotional slides better than the neutral ones. Interestingly, after a year, the pictures, that were arousing, were remembered a lot better than the ones that were low in arousal. Bradley concluded that pleasantness as well as arousal are important at the initial stage of memory formation, while long-term memory is mainly affected by arousal. This might explain our flashbulb phenomenon of the 11th of September. Possibly, emotional arousal was triggered by the announcement of the attack, leading to a deeper elaboration and thus to a potentiation of our memory of this event.

Elizabeth Kensinger and Suzanne Corkin further investigated the role of arousal and valence in this emotional memory brain system at the Massachusetts Institute of Technology(38). They recorded the brain activity with an MRI scanner, while participants encoded words that were neutral, negative and arousing (e.g. slaughter, rape) or negative and nonarousing (e.g. sorrow, mourning). Negative words, both arousing and nonarousing were remembered better than neutral words. Interestingly, two different neural networks underlay the memory enhancement for the arousing and for the non-arousing words. For arousing items, the memory enhancement is mediated by an amygdala-hippocampus network. In contrast, memory enhancement for negative and nonarousing items involves a prefrontal cortex (footnote 6)-hippocampus network.