Conflict and fragility adversely affect the lives of millions. In fragile contexts, rates of extreme poverty can increase as individuals are displaced, livelihoods are devastated, and opportunities for broader growth, development and prosperity are destroyed.

International Network on Conflict and Fragility 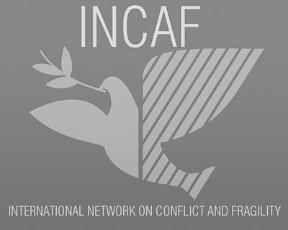 The International Network on Conflict and Fragility (INCAF) is a unique network of the OECD Development Assistance Committee (DAC) members and key multilateral agencies working in fragile and conflict-affected contexts. INCAF tackles the tough challenges of delivering results in fragile and conflict-affected contexts. By encouraging lesson learning and promoting good practice among its members, INCAF works to achieve policy commitments and behaviour change among international actors at headquarters and field levels.

Critically, INCAF is a strong voice on key and emerging trends in relation to fragile and conflict-affected contexts, including through the publication of States of Fragility. INCAF works with diverse stakeholders, including civil society organisations, international organisations, OECD governments and non-OECD partner governments, particularly of fragile states.

Take a look at INCAF’s newsletter to learn more about its ongoing work and priorities. 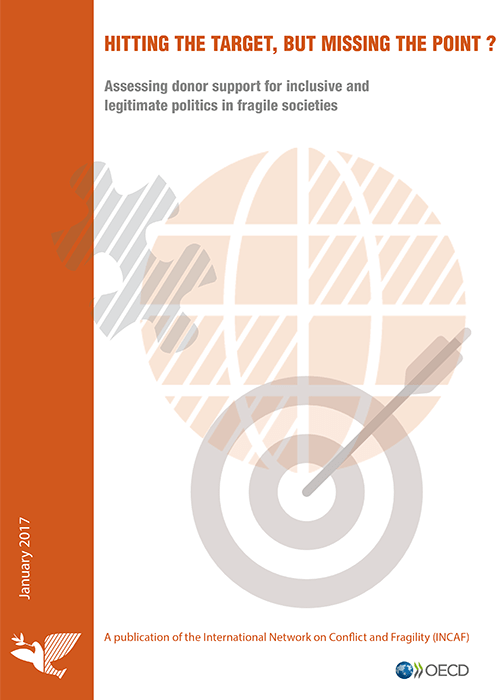 INCAF enables OECD members and their partners to set standards, exchange and drive good practices, and come together around the tough challenges.

INCAF is working on some of the key obstacles to the implementation of the New Deal goals and principles. In 2017, INCAF published a study titled “Hitting the target, but missing the point?” which examines how bilateral and multilateral donors conceptualise and implement their commitment to promote Peace and Statebuilding Goal 1 (PSG1) ‘legitimate and inclusive political settlements and conflict resolution’.

States of fragility: The series 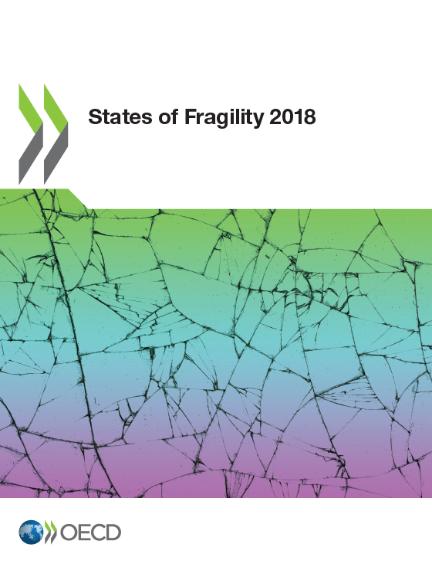 Fragility poses a major global threat to the implementation of the 2030 Agenda for Sustainable Development and for sustaining peace. If no action is taken, upwards to 620 million people, or 80% of the world’s poorest, could be living in fragile contexts by 2030.

Since 2005, the States of Fragility series has been one of OECD’s Development Co-Operation Directorate’s principal products. Through cutting-edge evidence and analysis, it informs and guides donor policies in fragile situations. The OECD remains one of the few sources of aggregate data and analysis on fragility and adopts an evidence-based view of what makes different contexts fragile. In doing so, the OECD’s analysis helps ensure that issues driving fragility remain high on the international development agenda and drives more effective programming on the ground.

States of Fragility 2018 exposes the critical challenge posed by fragility in achieving the aspirations of the 2030 Agenda, sustainable development and peace. It highlights twelve key aspects of fragility, defying common assumptions and simplistic categorisation. It documents progress made in fragile situations on attaining sustainable development, unveiling exit doors from the fragility trap. Finally, it illustrates the current state of financing to address fragility and suggests more effective approaches, accounting for its multidimensionality.

Fragility is multidimensional, while its challenges are universal.  The new OECD fragility framework is built on five dimensions of fragility

and measures each of these dimensions on a spectrum of intensity that links fragility with a combination of risks and coping capacities. While previous approaches framed fragility as a matter of weak governance, the new fragility framework builds on the recognition that fragility influences states and societies in different ways, affecting not only developing countries but all countries to some degree. It is part of OECD’s larger effort to move away from the ‘fragile states list’ - a binary view of the world - towards a universal concept of fragility.

The 2018 OECD States of Fragility diagram presents 15 extremely and 43 fragile contexts based on their results in the five dimensions of fragility.

View the graph in full size 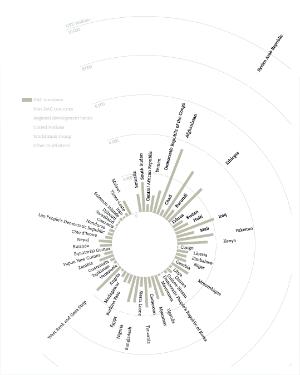 Fragility poses a major global threat to the implementation of the 2030 Agenda for Sustainable Development. States of Fragility 2018 provides an overview of official development assistance (ODA) to fragile contexts, looks at who is providing it, where it is spent and how it is spent. 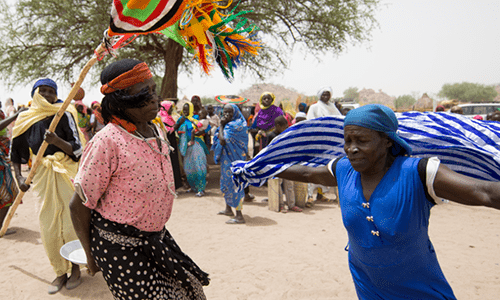 Peace comes with a price tag. Yet, ensuring right financing for peace has often been an afterthought. To get things right there must be the right amount of finance, using the right financial tools, for the right length of time, in a way that delivers the right incentives for sustained peace securing the right resources to respond to the root causes – of the next conflict, not the last one – and to respond at scale.

INCAF’s Financing for Stability model is now being used to develop financing strategies in the field, including in Sudan and the Central African Republic.

Access our latest data in a range of easy to view formats from high level overviews to country and sector specific data.

Explore down to the project level how much aid (ODA) and in which sectors has been provided or received (Dec. 2016). 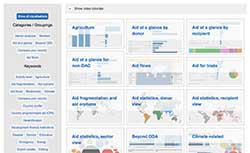 The financing for sustainable development "Data Visualisation Lab" presents numerous dynamic graphics that allow you to discover and explore our data by categories/ groupings or keywords.

Aid at a glance summary charts of aid (ODA) by donor, recipient and region

Additionally, visit Aidflows.org and Geographic Distribution of Financial Flows to Developing counties 2017 for further information on ODA distribution around the world.

Right financial tools must be matched with the different needs of each context: learning when concessional finance works best, when to use pooled instruments or grants, or when instead to push for debt relief or private finance, and how to best help leverage the partner country’s own contributions. It is crucial for development actors to understand this confusing array of instruments better, and use them in the right way, to address the real problems facing fragile societies.

“Good development support in fragile, at-risk and crisis affected contexts” provides insights on the nature of fragility and risk and how development partners can better engage in these contexts. This report identifies 12 key lessons for development partners, grouped into three thematic areas: building institutional fitness, aspiring to deliver change, and leaving no one behind. These lessons are illustrated with a wealth of good practice examples from DAC members.

Better financial preparedness against risk is central to a comprehensive approach to disaster management. Risk financing and risk transfer are approaches to planning for risks that cannot be reduced or avoided practically or cost-effectively. Risk financing is of increasing interest to a wide range of development and humanitarian actors searching for solutions to bridge a growing global post-disaster financing gap.

A Calculated Risk: OECD Working Paper 17 describes key features of risk financing and risk transfer while examining certain challenges at the contextual and programmatic levels. It also addresses institutional challenges donors might face while engaging in risk financing and recommends a set of principles and policy approaches to guide future donor support and engagement.

Effective financing in fragile contexts should not only meet local needs and priorities, but also build state capacity over the medium and long term for greater overall benefits. Using country systems to provide donor financing in fragile environments carries high risks, but also high rewards. Balancing such risks and opportunities is fundamental to effective engagement in fragile states.

International Support to Post-Conflict Transition: Rethinking Policy, Changing Practice  presents recommendations to improve the speed, flexibility, predictability and risk management of aid during transition. Developed at the request of the OECD DAC and the UN Secretary-General, the guidance helps donors improve coherence in international responses across various principles and mandates, including the New Deal.

The publications page features the full list of reports, papers and working documents on conflict, fragility and resilience.