Over the last decades and in step with the globalisation of the economy, worldwide intra-group trade has grown exponentially. Transfer pricing rules, which are used for tax purposes, are concerned with determining the conditions, including the price, for transactions within an MNE group resulting in the allocation of profits to companies within the group in different countries. In this regard, based on the arm’s length principle, transactions between associated enterprises have to be priced as if the enterprises were independent, operating at arm’s length and engaging in comparable transactions under similar conditions and economic circumstances.

The arm’s length principle has proven useful as a practical and balanced standard for tax administrations and taxpayers to evaluate transfer prices between associated enterprises, and to prevent double taxation. However, with its perceived emphasis on contractual allocations of functions, assets and risks, the existing guidance on the application of the principle has also proven vulnerable to manipulation. This manipulation can lead to outcomes which do not correspond to the value created through the underlying economic activity carried out by the members of an MNE group.

As part of the BEPS package, the Actions 8-10 Reports enhance the guidance on the arm’s length principle to ensure that what dictates results is the economic rather than the paper reality. In this regard, the work under Actions 8-10 seeks to align transfer pricing outcomes with the value creation of the MNE group. In other words, the guidance provided under Actions 8-10 provides guidance to determine the transfer pricing outcomes in accordance with the actual conduct of related parties in the context of the contractual terms of the transaction. These and other changes reduce the incentive for MNEs to shift income to “cash boxes” – shell companies with few if any employees and little or no economic activity, which seek to take advantage of low or no-tax jurisdictions.

Specifically, the revised guidelines on transfer pricing address the situation where a capital-rich member of a group, i.e. a cash box, simply provides assets such as funding for use by an operating company but performs only limited activities. If the capital-rich member does not in fact control the financial risks associated with its funding, then it will be entitled to no more than a risk-free return, or less if, for example, the transaction is not commercially rational and therefore the guidance on non-recognition applies.

Action 8 addresses transfer pricing issues relating to controlled transactions involving intangibles, since intangibles are by definition mobile and they are often hard-to-value. Misallocation of the profits generated by valuable intangibles has heavily contributed to base erosion and profit shifting.

Work under Action 9 considers the contractual allocation of risks, and the resulting allocation of proifts to these risks, which may not correspond with the activities actually carried out. Moreover, Action 9 addresses the level of returns to funding provided by a capital-rich MNE group member, where those returns do not correspond to the level of activity undertaken by the funding company.

Action 10 focuses on other high-risk areas, including the scope for addressing profit allocations resulting from controlled transactions which are not commercially rational, the scope for targeting the use of transfer pricing methods in a way which results in diverting profits from the most economically important activities of the MNE group, and the use of certain type of payments between members of the MNE group (such as management fees and head office expenses) to erode the tax base in the absence of alignment with the value-creation.

Significant progress has been made on the projects mandated by the 2015 Final Report on Actions 8-10, including but not limited to the following achievements:

In June 2018, under the mandate of BEPS Action 10, the OECD released the final report on the revised guidance on the application of the transactional proft split method. This revised guidance, while not being prescriptive, clarifies and significantly expands the guidance on when a profit split method may be the most appropriate method. It describes presence of one or more of the following indicators as being relevant:

Sixteen examples are included in the revised guidance to illustrate the principles discussed in the text, and demonstrate how the method might be applied in practice. These will be included in Annex II to Chapter II of the Guidelines.

In June 2018, under the mandate of BEPS Action 8, the OECD released additional guidance for tax administrations on the application of the approach to Hard-to-Value Intangibles (HTVI).

The guidance contained in this report aims at reaching a common understanding and practice among tax administrations on how to apply adjustments resulting from the application of the HTVI approach. This guidance should improve consistency and reduce the risk of economic double taxation. In particular, the new guidance:

The guidance for tax administration on the application of the HTVI approach contained in this document has been incorporated into the Transfer Pricing Guidelines as an annex to Chapter VI.

In February 2020 under the mandate of BEPS Action 4 and 8-10, the OECD released Transfer Pricing Guidance on Financial Transactions. The guidance is significant because it is the first time the OECD Transfer Pricing Guidelines include guidance on the transfer pricing aspects of financial transactions, which will contribute to consistency in the interpretation of the arm’s length principle and help avoid transfer pricing disputes and double taxation.

The report includes a number of examples to illustrate the principles discussed in the report. Section B provides guidance on the application of the principles contained in Section D.1 of Chapter I of the OECD Transfer Pricing Guidelines to financial transactions. In particular, Section B.1 of this report elaborates on how the accurate delineation analysis under Chapter I applies to the capital structure of an MNE within an MNE group. It also clarifies that the guidance included in that section does not prevent countries from implementing approaches to address capital structure and interest deductibility under their domestic legislation. Section B.2 outlines the economically relevant characteristics that inform the analysis of the terms and conditions of financial transactions. Sections C, D and E address specific issues related to the pricing of financial transactions (e.g. treasury functions, intra-group loans, cash pooling, hedging, guarantees and captive insurance). This analysis elaborates on both the accurate delineation and the pricing of the controlled financial transactions. Finally, Section F provides guidance on how to determine a risk-free rate of return and a risk-adjusted rate of return.

Sections A to E of this report are included in the OECD Transfer Pricing Guidelines as Chapter X. Section F is added to Section D.1.2.1 in Chapter I of the Guidelines, immediately following paragraph 1.106. 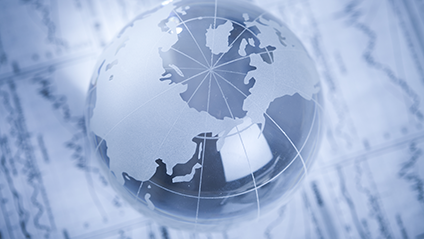 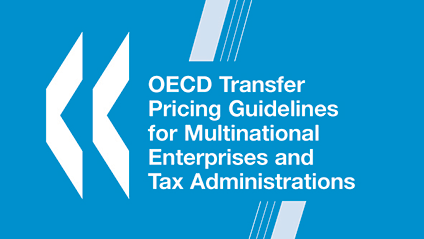 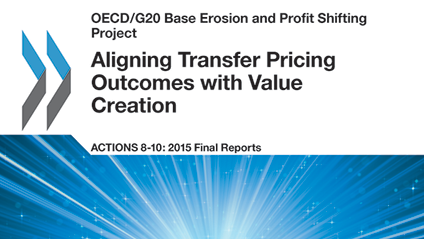