Hybrid mismatch arrangements are used in aggressive tax planning to exploit differences in the tax treatment of an entity or instrument under the laws of two or more tax jurisdictions to achieve double non-taxation, including long-term taxation deferral.

BEPS Action 2 recommendations target mismatches resulting from differences in the tax treatment of financial instruments or entities. The work on hybrid mismatches was subsequently expanded to deal with similar opportunities that arise through the use of branch structures, resulting in a 2017 OECD report Neutralising the Effects of Branch Mismatch Arrangements.

As part of the common approach to addressing hybrid mismatches, work continues amongst OECD/G20 Inclusive Framework members to share practical examples of these structures to ensure consistent, comprehensive and coherent outcomes from the application of the new rules.

Since announcement of the Action 2 recommendations, a number of Inclusive Framework countries have rapidly adopted rules to address a comprehensive range of hybrid and branch mismatches. The United Kingdom, Australia and New Zealand have enacted legislation consistent with the common approach in Action 2 and, in 2019 the US Treasury issued regulations clarifying the application of the hybrid mismatch rules introduced under the Tax Cuts and Jobs Act. European Union Member States adopted Council Directive (EU) 2017/952 which requires hybrid and branch mismatch rules to be effective in member states no later than the beginning of 2020. 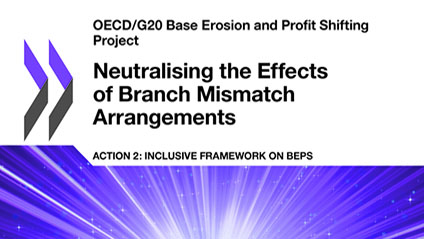 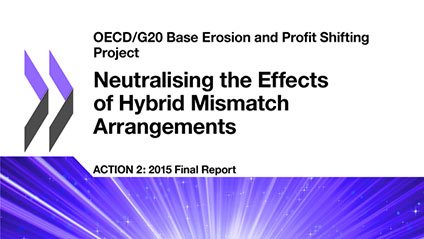 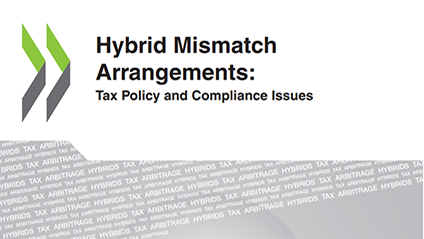