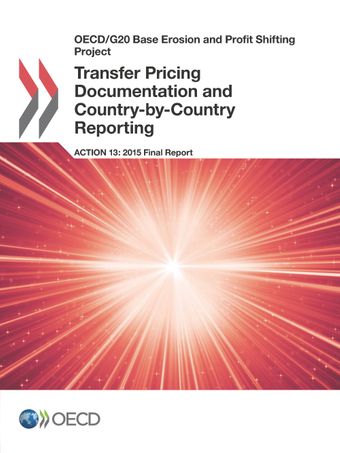 This report contains revised standards for transfer pricing documentation incorporating a master file, local file, and a template for country-by-country reporting of revenues, profits, taxes paid and certain measures of economic activity. The revised standardised approach  will require taxpayers to articulate consistent transfer pricing positions and will provide tax administrations with useful information to assess transfer pricing and other BEPS risks, make determinations about where audit resources can most effectively be deployed, and, in the event audits are called for, provide information to commence and target audit enquiries. Country-by-country reports will be disseminated through an automatic government-to-government exchange mechanism. The implementation package included in this report sets out guidance to ensure that the reports are provided in a timely manner, that confidentiality is preserved and that the information is used appropriately, by incorporating model legislation and model Competent Authority Agreements forming the basis for government-to-government exchanges of the reports.