The Zero-Growth Goal for major urban areas means that any growth in passenger transport shall be absorbed by public transport, cycling and walking. Urban Growth Agreements are in place in four urban areas to implement this goal. There are plans to extend the concept to five more urban areas. The Zero-Growth Goal has helped reduce car traffic volumes in Norway’s major cities. This has contributed to reducing greenhouse gas emissions, air and noise pollution and congestion, as well as to improving the quality of life in cities.

More than 80% of Norway’s population lives in urban areas. Urban car traffic has been increasing significantly over the past decades, leading to problems related to air pollution, congestion and road fatalities. Road transport is also a major source of greenhouse gas emissions. The popularity of urban lifestyles also contributes to increased urban population density and higher demand for transport. This makes sustainable mobility a critical objective for cities.

Urban Growth Agreements (UGA) are the main tool for achieving the Zero-Growth Goal. They promote the development of smarter and greener cities through the reallocation of road space to uses other than driving and parking private cars. UGAs are in place in four large urban areas (Bergen, Oslo, Stavanger and Trondheim). The Government plans to adopt five new UGAs (Buskerudbyen, Grenland, Kristiansandsregionen, Nedre Glomma and Tromsø).

UGAs are binding agreements outlining infrastructure investments and packages of measures over a ten-year period. The solutions chosen shall ensure better accessibility and facilitate the use of transport modes other than private cars. Strategies to reduce or limit urban road traffic volumes include densification and transformation of urban centres, improved conditions for walking and bicycling, better public transport services, and restrictions to private car traffic.

For example, a high-standard cycle path is being developed between the cities of Stavanger and Sandnes. Oslo has a restrictive parking policy; parking fees are charged for on-street parking in the inner city, with higher fees for visitors. Oslo municipality also removed more than 750 on-street parking spaces in the inner city to give room for bike lanes. Nine continuous bike routes link the inner city to the city centre. Road toll rates increased in 2017, and in 2019 an inner toll ring was established to charge those driving in the city centre.

UGAs are a multi-level governance tool involving local, regional and national governments on an equal footing. All three levels work together, across relevant sectors, to identify land-use and transport systems that can result in zero-growth in passenger car traffic. The final decisions are the result of negotiations between national transport authorities and regional and municipal political representatives.

The Urban Growth Agreements succeeded in reducing passenger car traffic volumes in Norway’s major cities and contributed to cutting greenhouse gas emissions. Despite some remaining seasonal problems, there has been a clear downward trend in air pollution in all major cities.

The implementation of the Zero-Growth Goal and the UGAs have successfully federated different government entities around the same objective. They have helped strengthen collaboration across government levels and improved strategic long-term planning.

Some UGA measures such as road tolls and parking restrictions have been met with some resistance by the population. Nonetheless, social acceptability of the mobility measures has increased over time. Citizens are more likely to support policy changes when they start harnessing the benefits of better integrated, sustainable transport systems and improved quality of life. 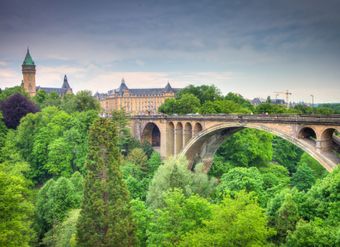 A Climate Pact to strengthen the role of Luxembourg’s municipalities 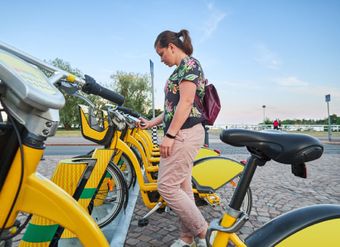