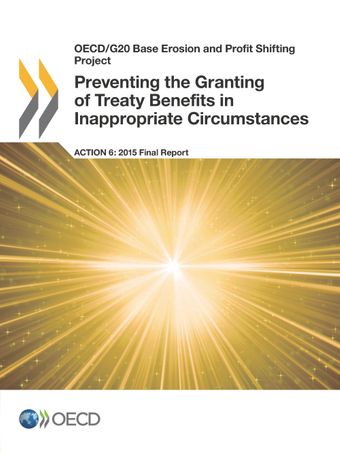 This report includes changes to the OECD Model Tax Convention to prevent treaty abuse. It first addresses treaty shopping through alternative provisions that form part of a minimum standard that all countries participating in the BEPS Project have agreed to implement.  It also includes specific treaty rules to address other forms of treaty abuse and ensures that tax treaties do not inadvertently prevent the application of domestic anti-abuse rules. The report finally includes changes to the OECD Model Tax Convention that clarify that tax treaties are not intended to create opportunities for non-taxation or reduced taxation through tax evasion or avoidance (including through treaty-shopping) and that identify the tax policy considerations that countries should consider before deciding to enter into a tax treaty with another country.