As of October 2021, over 135 countries and jurisdictions have joined a new two-pillar plan to reform international taxation rules and ensure that multinational enterprises pay a fair share of tax wherever they operate.

Recent, rapid and expansive digital transformation has had deep economic and societal impacts resulting in significant changes. This has sparked global debates in many legal and regulatory realms and international tax is no different. The tax implications are wide-ranging affecting both direct and indirect taxation, broader tax policy issues, and tax administration.

At the centre of the debate is whether international income tax rules, developed in a "brick-and-mortar" economic environment more than a century ago, remain fit for purpose in the modern global economy. The fundamental elements of the global tax system which determined where taxes should be paid ("nexus" rules based on physical presence) and what portion of profits should be taxed ("profit allocation" rules based on the arm's length principle), have served their purpose well. Namely, they have enshrined tax certainty and helped to eliminate double taxation stimulating global trade.

Today, however, three important phenomena facilitated by digitalisation – scale without mass, reliance on intangible assets, and the centrality of data – pose serious challenges to elements of the foundations of the global tax system.

On one hand, the emergence of new and often intangible value drivers have revolutionised entire sectors creating new business models while continuously eroding the need for physical proximity to target markets. This continuously challenges the effectiveness of existing profit allocation and nexus rules to distribute taxing rights on income generated from cross-border activities in a way that is acceptable to all countries, small and large, developed and developing (the so-called allocation of taxing right issue).

On the other hand, new technologies have facilitated tax avoidance through the shifting of profits by multinational enterprises (MNEs) to low or no tax jurisdictions. This is the essence of the base erosion and profit shifting (BEPS) project and remains a top priority of the work of the members of the OECD/G20 Inclusive Framework.

The centrality of a predictable, efficient and sustainable international tax system within the ecosystem of economic growth and global welfare cannot be overstated.

Growing discontent among countries has catapulted these issues to paramount importance and the urgency to act has left governments in search of effective responses. The result of nearly a century of multilateral efforts to create a clear, consistent, and co-ordinated tax system lies in the balance.

Given the nature of these challenges and the difficulty to put borders around the digitalised economy, the approach at this critical juncture is clear: a comprehensive consensus-based solution that deals with both the allocation of taxing rights and the remaining BEPS issues. This would secure and sustain the international income tax system and increase tax equity amongst traditional and digital businesses.

Failure to deliver, however, will ultimately lead to a patchwork of unilateral actions, which in a fragile global economy, would harm investment and economic growth hampering the ability of governments to collect revenues and invest in programmes.

The recent success of the elimination of double non-taxation through the BEPS Project illustrates the strength of a co-ordinated multilateral approach.

Members of the OECD/G20 Inclusive Framework on BEPS have been dedicated to finding a comprehensive, consensus-based solution to the two challenges arising from digitalisation, and committed to deliver this solution by 2021.

Specifically, the Inclusive Framework has convened public consultations engaging key stakeholders including governments, businesses, civil society, academia, and the wider public welcoming a broad array of opinions on the matter to help us chart a path forward.

To reinforce sustainability, the Inclusive Framework is also conducting economic analyses and impact assessments to ensure that any solution complements existing conventions securing the integrity of the global tax system.

All members of the Inclusive Framework have dedicated significant resources and attached substantial political imperative to finding a timely resolution of the issues at stake.

Considering the importance of the challenge and understanding that global consensus is the target, we have made substantial progress. Key milestones accomplished so far in this work include:

As of October 2021, over 135 countries and jurisdictions have joined the Two-Pillar Solution to reform international taxation rules and ensure that multinational enterprises pay a fair share of tax wherever they operate.

Pillar One will ensure a fairer distribution of profits and taxing rights among countries with respect to the largest MNEs, including digital companies. It would re-allocate some taxing rights over MNEs from their home countries to the markets where they have business activities and earn profits, regardless of whether firms there have a physical presence there. Under Pillar One, taxing rights on more than USD 125 billion of profit are expected to be reallocated to market jurisdictions each year.

Pillar Two seeks to put a floor on competition over corporate income tax, through the introduction of a global minimum corporate tax rate that countries can use to protect their tax bases. The global minimum corporate income tax under Pillar Two - with a minimum rate of 15% - is estimated to generate around USD 150 billion in additional global tax revenues annually. Additional benefits will also arise from the stabilisation of the international tax system and the increased tax certainty for taxpayers and tax administrations. See Global Anti-Base Erosion Model Rules published on 20 December 2021, which delineate the scope and set out the operative provisions and definitions of the GloBE Rules. These rules are intended to be implemented as part of a common approach and to be brought into domestic legislation as from 2022.

To ensure the new rules can be effectively and efficiently administered, the OECD is providing capacity building support to developing countries on this work. This work will be carried out in partnership with regional organisations and development banks, as well as through extensive technical assistance programmes. Find out more. 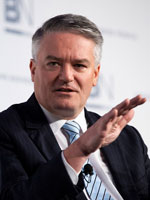 The 2015 Action 1 Report identified a number of broader tax challenges raised by digitalisation which it identified as "nexus, data and characterisation", and that relate to the question of how taxing rights on income generated from cross-border activities in the digital age should be allocated among countries. While some options to address these concerns were discussed, no consensus emerged and decision was made to continue working in this area. This continued work led to the delivery of an Interim Report in March 2018 analysing the impact of digitalisation on business models and the relevance of this for the international income tax system. Members of the Inclusive Framework did not converge however on the conclusions to be drawn from this analysis, and committed instead to continue working together to deliver a final report in 2020 aimed at providing a consensus-based long-term solution. Consistent with that mandate, recent work of the Inclusive Framework has focused on the examination of a number of proposals that seek to revise contemporaneously the existing profit allocation and nexus rules, with a view to allocate more taxing rights to the country where the customers and/or users are located (so-called "market country"). The implications of these proposed solutions reach into fundamental aspects of the current international tax architecture, as they entail modifications potentially going beyond the arm’s length principle and no longer contrained by physical presence requirements.

The second pillar identified in the Programme of Work will explore the design of a system to ensure that multinational enterprises – in the digital economy and beyond – pay a minimum level of tax. This pillar would provide countries with a new tool to protect their tax base from profit shifting to low/no-tax jurisdictions, and is intended to address remaining issues identified by the OECD/G20 BEPS Project.

The approach would leave jurisdictions free to determine their own corporate tax rates (including whether they have a corporate income tax) but allow other jurisdictions to tax income that would otherwise be subject to low levels of effective taxation thereby ensuring that all internationally operating businesses pay a minimum level of tax.

The work on this approach is based on the premise that, in the absence of multilateral action, there is a risk of uncoordinated, unilateral action, both to attract more tax base and to protect existing tax base, with adverse consequences for all countries. The approach therefore seeks to advance a multilateral framework to achieve a balanced outcome which limits the distortive impact of direct taxes on investment and business location decision and provides a backstop to the first pillar for situations where the relevant profit is booked in a tax rate environment below a minimum rate.

Addressing the VAT challenges of digitalisation

In the area of Value-Added Taxes and Goods and Services Taxes (VAT/GST), the BEPS Action 1 Report identified that digitalisation created both BEPS risks and broader challenges.  BEPS risks arise from highly digitalised businesses structuring their affairs to pay little or no VAT on remotely delivered services and intangibles, while the broader tax challenges were associated with the collection of VAT on cross-border supplies of goods, services and intangibles from online sales, particularly cross-border B2C sales.

The recommendations in BEPS Action 1 have been integrated into the 2016 International VAT Guidelines and complemented by the 2017 report on Mechanisms for the effective collection of VAT/GST where the supplier is not located in the jurisdiction of taxation and the 2019 report on The role of digital platforms in the collection of VAT/GST on online sales which provide guidance on implementation to jurisdictions.

Implementation of the BEPS Action 1 VAT recommendations has been very encouraging. Over 50 jurisdictions have adopted rules for the application of VAT to B2C supplies of services and intangibles from online sales by foreign vendors. Of these, 40 have implemented simplified registration and collection regimes for the collection of VAT on the cross-border B2C supplies of services and intangibles.

The BEPS Implementation Report confirms the assessment that implementation has greatly enhanced compliance levels and yielded substantial tax revenues for market jurisdictions, and has levelled the playing field between domestic suppliers and foreign vendors. Jurisdictions are now increasingly turning their attention to the collection of VAT on imports of low-value goods, which has the potential to yield significant revenues for jurisdictions and importantly also address competitive distortions. 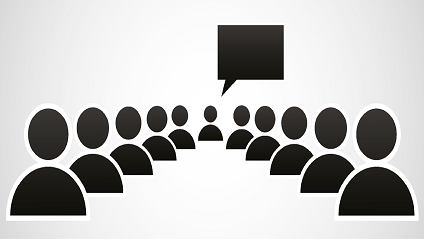 Have your say: Progress Report on Administration and Tax Certainty Aspects of Amount A of Pillar One 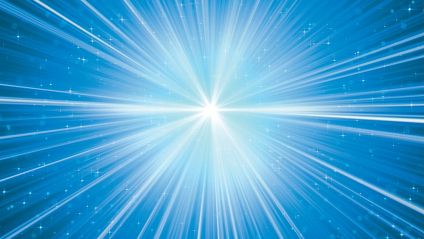 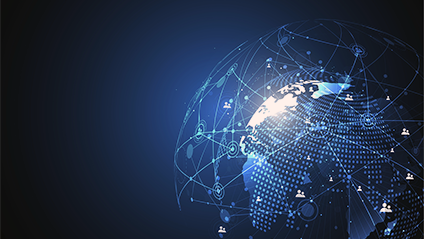