Romania, the largest SEE country, experienced a slow start in its transition to a market economy as well as a difficult structural readjustment. At the turn of the 21st century, growth accelerated thanks to foreign direct investment, exports to EU markets, growing domestic consumption and EU accession reforms.

Romania had to deal with the scars of the global economic crisis while implementing a set of austerity measures under an EU-IMF assistance programme. Growth resumed in 2011, and the recovery is expected to remain strong, driven by private consumption and recovering investment. In order to sustain this positive trend, Romania needs to continue implementing structural reforms to boost competitiveness, further improve the investment climate, strengthen public administration, and fight corruption, poverty and social exclusion. 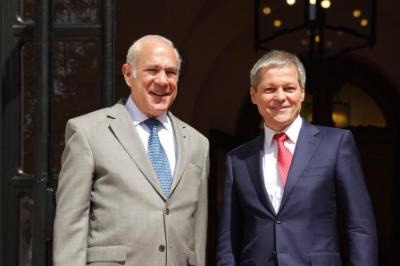 Romania has co-operated with the Organisation via thematic initiatives and a country-specific programme since the early stages of transition. Likewise, Romania has joined the OECD SEE regional programme since its inception. In the early 2000s, Romania participated in policy reviews on education, investment, enterprise reform, corporate governance and a one-off Economic Survey. Its co-operation with the OECD has continued to deepen and broaden to include greater participation in statistical reporting and information systems as well as benchmarking exercises such as the Programme for International Student Assessment (PISA). The co-operation with the OECD is co-ordinated by an inter-ministerial group under the authority of a secretary-of-state.

Romanian officials have repeatedly expressed their country’s interest in becoming an OECD member since 1991 in related official correspondence and a number of visits, including at a head of government level. An official request was also made by Prime Minister Ciolos during his address to the OECD Council in 2016. All cabinet ministers used their most recent visits to the OECD to present the progress in alignment with OECD standards in their areas of responsibility.

Romania has pursued a deliberate policy of joining as many of OECD bodies and legal instruments as possible. Romania is thus part of an important dialogue with senior officials from member and partner countries on cutting edge thematic issues. In 2004, it became a member of the Development Centre and in 2017 formalised its accession to the Nuclear Energy Agency.

Romania is an Associate/member in more OECD bodies and projects than any other OECD partner country. Its growing alignment with OECD values is demonstrated by its adherence to major OECD standards such as the Declaration on International Investment and Multinational Enterprises. For example, Romania also participates in the Global Forum on Transparency and Exchange of Information for Tax Purposes and in the G20/OECD Project on Base Erosion and Profit Shifting of the Committee on Fiscal Affairs as an Associate. In the field of taxation, Romania has also joined the Convention on Mutual Administrative Assistance in Tax Matters, the Multilateral Agreement on Exchange of Information for Tax purposes and signed the Multilateral Convention to Implement Tax Treaty Related Measures to Prevent Base Erosion and Profit Shifting.