Many government subsidies lead to overfishing. Here's a solution.

Many government subsidies lead to overfishing. Here's a solution.

For centuries, fishing has put food on our tables, and is deeply ingrained in the cultural identities and dietary customs of coastal communities around the world. Fishing is not only an important food source for many, it also provides income for individuals and businesses alike, and contributes to global food security through international trade – fish and fish products are among the most highly-traded food products, and about one third of global fish production will cross a border on the way from the boat to the dinner table.

However, of the 600 fish stocks evaluated by the UN Food and Agriculture Organization (FAO), 33% are now either overfished or depleted, and most of the rest are at their limit. Overfishing can wreak havoc on marine ecosystems and disrupt a crucial element of the food chain that humans and other animals rely on.

How did we get here?

Many coastal fishing communities do not enjoy the same level of economic development as their urban counterparts. As such, supporting fishers is often seen by governments as a means to contribute to local development and to improve food security.

Governments spend an estimated USD 35 billion worldwide every year to support the fishing sector, which averages to about 20% of the total value of all marine fish caught at sea and brought to port. Unfortunately, many of these subsidies are harmful to the long-term health of the sector, and can lead to overfishing and over-exploitation of fishery resources.

The worst kind of subsidies are those that simply reduce fishers’ operating costs. They include things like support for cheaper fuel, gear and shipping vessels. Access to these types of inputs at below market rates increases fishing activities and ultimately leads to depletion of fish stocks, lower fishing yields, and decreased incomes for fishers. These kinds of subsidies also tend to favour larger fishers, not the smaller, traditional fishers who are considered most vulnerable.

New OECD research shows there are viable alternatives to the most harmful types of subsidies, and that an improved understanding of how subsidies affect the fishing sector can help governments achieve their goals, but without depleting the resource base. In fact, the path to prosperity for fishers ironically lies in reducing fishing activities so that fish stocks can increase to sustainable levels.

Over the last 20 years, governments have had numerous discussions on how they might work together to reduce these subsidies and have engaged in negotiations bilaterally, regionally, and are currently engaged in multilateral negotiations at the World Trade Organization. To reverse the current unsustainable trend of subsidising the fishing industry, governments will need to take an entirely new approach to how they support fishers.

Fishers can still benefit from government support, but governments need to remove the incentive to over-fish. Such policies include programmes that ensure financial institutions can provide the necessary working capital for small fishing businesses, or programmes that increase the business or operational skills of fishers. Payments that directly target fishers’ incomes, such as disaster payments or employment insurance, also do a good job of delivering benefits equitably to participants in the fishing sector.

What would happen if the money currently spent on the worst kinds of subsidies were shifted to the best performing ones? Lots of good things. For one, fishers could have about USD 2 billion more each year in their pockets. They could catch more fish too, perhaps as much as half a million tonnes per year. Fish stocks could grow as well. The opportunity presented by reform is significant and achievable.

The alternative, if we do not find a way to come together as an international community to tackle harmful subsidies, is that the already precarious state of global fish stocks will only worsen. And while we may have succeeded in helping man fish for today, it will not be sufficient to feed him – or future generations – for a lifetime. 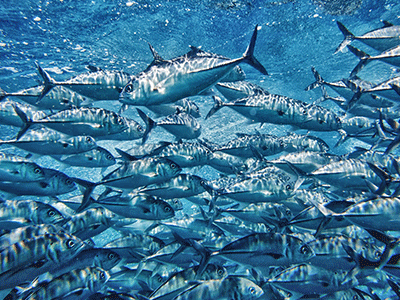 Fisheries and aquaculture provide food for hundreds of millions of people around the world every day, and employ over 10% of the world’s population, many of them women. However, marine and aquatic ecosystems are under stress – from climate change, fishing pressure, and pollution from various human activities, which lead to ocean acidification and declining biodiversity. 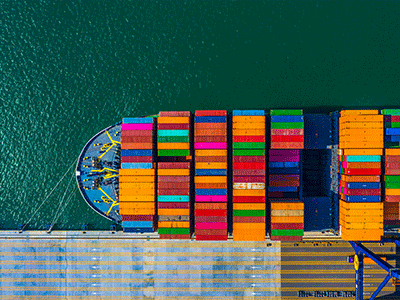 Government support remains a significant source of distortions in global markets, which can undermine the benefits of open trade and erode public trust in the international trading system.