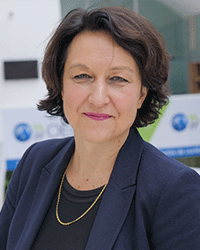 Ms. Jansen has published widely on international trade and global governance, including on regional integration, services liberalization and agricultural trade. She has lectured in multiple academic institutions, including the University of Geneva and the World Trade Institute. Ms. Jansen is member of the Board of the Centre d’études prospectives et d’informations internationales (CEPII) in Paris, the Advisory Board of the World Trade Institute (WTI) in Bern and of the Advisory Board of the MSc IB at SKEMA Business School in Paris. She is also a member of the WEF’s Global Future Council on Trade and Investment.