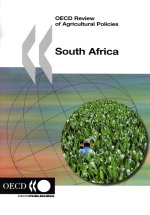 South Africa has undergone enormous economic, social and political change since the beginning of the democratisation process in 1994. The South African economy, including agriculture, is increasingly integrated in world markets with about one-third of agricultural production exported.  It is among the world’s leading exporters of such agro-food products as wine, fresh fruits and sugar.  At the same time, South African agriculture is highly dualistic with a small number of commercial operations run predominantly by white farmers and large numbers of subsistence farms run by black farmers.

Wide ranging reforms liberalising domestic and foreign trade, and lowering support to agriculture were implemented in the 1990s. The commercial agricultural sector adapted well to the policy reforms and liberalisation efforts. However, economic and financial pressure on commercial agriculture is substantial as farmers must adapt their production and investment decisions to market and economic developments. These pressures need to be considered in the context of land reform, agricultural support programmes to disadvantaged farming communities, and Black Economic Empowerment (BEE) measures meant to address past injustices.  Continuing the land reform process, providing adjustment assistance, and trade development are the most important agricultural policy challenges.

The data used for the calculation of the level of agricultural support (PSE/CSE) in South Africa and complete documentation of definitions and sources are available at: www.oecd.org/agr/support.

South Africa has undergone enormous economic, social and political change since the beginning of the democratisation process in 1994. The overall results have been very positive with a stronger and stable macro economy, better integration into the global trading system, and progress in redressing past injustices and reducing poverty. There are still many challenges facing the government and South African society as a whole, including widespread unemployment and poverty, a large unskilled work force excluded from the formal economy, weak social and educational systems, a significant level of crime and a high prevalence of HIV/AIDS.

Agriculture contributes less than 4% to GDP but accounts for 10% of total reported employment. The sector is increasingly export oriented with about one third of total production exported. The conditions for agricultural production are not favourable in most regions (with the notable exception of the winter rain area in Western Cape) due to poor land quality, highly variable climatic conditions and a scarcity of water.

South African agriculture is of a highly dualistic nature, where a developed commercial sector co-exists with a large number of subsistence (communal) farms. Agriculture is well diversified with field crops, livestock and horticulture the main sectors. However, there can be large annual fluctuations in output due to weather conditions. Fruit production has seen the most dynamic development in the past ten years with a large share of total output exported, mainly to Europe.

Important and wide ranging reforms liberalising domestic and foreign trade and lowering support to agriculture were implemented in the 1990s. The current level of support (PSE of 5%) is low relative to the OECD average and is comparable to countries like Australia, Brazil, Russia and China. Border measures have been significantly relaxed, and are consistent with an emphasis on new regional trade agreements. Market price support remains the largest component of producer support. The level of support is uneven across commodities and sugar is by far the most supported commodity. Budgetary payments have been reduced and there has been a shift in payments away from established commercial farms to development of the small farm sector that is emerging from the land reform. Almost half of the budgetary expenditures are for the provision of general services such as research, training, inspection and infrastructure development.

The commercial agricultural sector adapted well to the policy reforms and liberalisation efforts. However, economic and financial pressure on commercial agriculture is substantial, and as with other sectors, farmers must adapt their production and investment decisions to the market situation and overall economic developments. These market pressures need to be considered in the context of land reform and Black Economic Empowerment (BEE). The new entrants into commercial agriculture (and into agricultural based services) are at a considerable disadvantage relative to the more experienced operators in responding to these challenges.

Continued land reform is one of the most important agricultural policy challenges, in particular how to (a) take better account of market forces in the redistribution of land; (b) improve the land acquisition and resettlement process; and (c) create stakeholder consensus around the implementation strategy. Greater flexibility in land acquisition options and more decentralised community-driven decision-making would be positive steps. Moreover, adjustment assistance is required to ensure that land reform results in the emergence of viable farms. Development of the necessary technical and social infrastructure, as well as an effective service sector, are critical measures.

Facilitating economic integration between small and large-scale commercial units is another policy challenge. The ability of the commercial sector to respond to increased market opportunities will ultimately determine any gains from global trade liberalisation. Farming policies need to be conducive to the adoption of quality and productivity improvements for this sector to become more internationally competitive and exploit its export potential.

South Africa has undergone immense social and economic change over the last 20 years led by the abolition of apartheid and dramatic domestic policy reforms aimed at creating a more open and market-oriented economy, as well as by the general global changes like the international trade regimes. An underlying principle for virtually all government policy is to bring the previously excluded black community into the mainstream economy through job creation and entrepreneurship. Macroeconomic reforms have strengthened and stabilised the economy but serious problems of high unemployment and poverty remain.

Chapter 1 of this study sets out the policy context. Section 1.1 provides a brief historical perspective of the main macroeconomic developments, earlier policy reforms and resulting current economic situation. Section 1.2 looks at the role of agriculture in the South African economy and how the structure of the sector is evolving. Section 1.3 examines agricultural trade in more detail in terms of both exports and imports. Section 1.4 then highlights some of the main impacts of policy reform on the sector.

This chapter examines the agriculture, trade and related social policy reforms impacting on the sector. The first Section highlights the government's recent development strategies, policy objectives and institutional structure, which provide a framework for understanding and assessing subsequent policy reforms. Sections 2.2 and 2.3 describe current domestic and trade policies and institutions in detail, with a special focus on the fundamental government objective of land reform. Section 2.4 presents the government budgetary expenditures on agri-food policies while Section 2.5 provides a qualitative evaluation of key policy reforms and institutional arrangements affecting the agricultural sector. Finally, Section 2.6 estimates the level and composition of agricultural support in South Africa based on the same OECD methodology applied to all member countries and a growing number of countries outside the OECD area.

This chapter examines various effects of existing policies and potential policy reforms. Section 3.1 looks at the tariffs faced by South Africa in its key export markets. Section 3.2 provides estimates of sectoral and economy wide welfare gains of own and multilateral trade liberalisation for South Africa. Section 3.3 explores how those gains are likely to be distributed among different types of households and the Provinces. Section 3.4 analyses the impact of OECD, South Africa and multilateral liberalisation on South African agricultural commodity markets. Finally, Section 3.5 examines how recent and ongoing sectoral and economy-wide policies contribute to food security and poverty reduction.

Readers can access the full version of Performance-related Pay Policies for Government Employees , choosing from the following options: