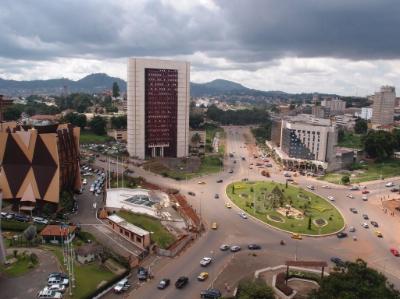 The fight against tax evasion and tax avoidance has progressed substantially over the last few years. International co-operation and exchange of information (EOI) have emerged as vital tools in tackling illicit financial flows (IFFs).

Countries that are destinations for these flows, including financial centres in Europe, Asia, America, the Caribbean and Pacific, now participate in the global effort to improve tax transparency and EOI for tax purposes thus helping developing countries to prevent the outflows and identify the people involved.

A recent report focused attention on the scale of IFFs from Africa. It estimated that Africa loses $50 to $60 billion each year through IFFs. This includes money from tax evasion and other criminal activities (corruption, money laundering etc.) which undermine Africa’s development and governance agenda. The report also identified ways to tackle IFFs, including through EOI and improved international tax co-operation.

The Yaoundé Declaration marks the beginning of the next stage in the effort to improve international tax co-operation to combat IFFs in Africa. African ministers have called upon the African Union “to lead in the tax transparency and information exchange agenda for Africa, and foster stronger collaboration among countries and regions to stem illicit flows and enhance domestic resource mobilisation on the continent”. This was a key message of the Declaration released at the ministerial segment of the second AU Specialized Technical Committee on Finance, Monetary Affairs, Economic Planning and Integration held in Addis-Ababa on 16-17 April 2018.

Thirty African ministers of Finance are now supporting the Yaoundé Declaration and the African Union Commission actively contributes to the Africa Initiative. During the launch of the Tax Transparency in Africa 2020 report, H.E. Prof Victor Harison, Commissioner for Economic Affairs of the African Union Commission, called on “all Member States to participate in the international tax cooperation by implementing fiscal transparency strategies that fight against illicit financial flows, and mitigate tax evasion on the continent". He noted that “Domestic resource mobilisation is essential for the transformation, self-reliance and sovereignty of the continent in order to build an endogenous economy and achieve Agenda 2063”.

More African countries are expected to join the Declaration and all are encouraged to do so. The ultimate goal of is to ensure that African countries and organisations take ownership of the tax transparency agenda promoting it to serve African interests in fighting against tax evasion and IFFs.
‌