How can trade contribute to women’s economic empowerment?

The issue of gender equality has risen to the top of public debate in many countries. While much of the focus is rightly on labour, social, and other domestic policies as first order tools to improve women’s economic empowerment, renewed attention is also being paid to how trade may impact gender. This relates both to the desire for more inclusive trade, where the benefits are shared more widely, and to the potential for trade to contribute to "progressive" policy objectives and social goals.

Helping governments think through how trade can contribute to women’s economic empowerment means exploring how women participate in trade as entrepreneurs, traders or workers; the impact on women of trade adjustment; and how they benefit from trade as consumers. This can help shed light on priorities for negotiations in terms of which sectors or reforms may disproportionately (positively or negatively) affect women, as well as the domestic policies needed to support opportunities from trade for women.

Data remains a challenge. In some cases, we have relatively good data, but it is not always disaggregated by gender. In other cases, we lack data in general – but in the very areas that might be most important for exploring the impact of women on trade.

Women as traders: the hidden women

Available evidence suggests that women tend to be concentrated in small and medium-sized enterprises (SMEs), which are not always broken out in trade data. That said, we know that SMEs face particular barriers in participating in trade and can benefit from reforms that reduce trade costs such as trade facilitation.

Additionally, many SMEs participate in global trade indirectly; that is, they supply goods or services to another company in the domestic market that then exports to a supply chain partner or customer overseas. So more SMEs – and more women – may be involved in trade than we think.

This might also be true in terms of the concentration of female employment in service sectors. Given the growing importance of services as an input – services account for around a third of the value of manufacturing exports and around one quarter of the value of agro-food exports – more women may also be participating in trade via the supply of services to firms in the domestic market, which then export.

Lastly, as digitalisation is reducing the costs of participating in trade, it may also be opening up new opportunities for women to participate in trade. Yet measurement of digitally-enabled also remains a work in progress.

Changes in global trade are changing how trade affects women as workers, notably in the role of female employees in global value chains. Across OECD countries, our work shows that on average, 27% of jobs held by women are directly or indirectly dependent on exports; by contrast, 37% of jobs held by men depend on exports. Helping women exploit these business opportunities, as well as upgrading women’s production in the value chain, could reduce adverse effects and maximise the gains from trade for women.

For many women, trade has brought economic empowerment and higher wages. In developing countries, women are often concentrated in export-oriented sectors like apparel, textiles and electronics manufacturing. Opportunities from trade have brought more household resources under women’s control, which in turn has a positive effect on overall investment in the health and education of future generations.

But women are also heavily employed in several sectors that continue to undergo adjustment and change due to trade liberalisation, such as agriculture and textiles. More work is needed to understand whether there are differences in how women fare in trade adjustment.

Aside from some specialised goods and services, it is not clear that it makes sense to consider women as a group in terms of their role as consumers. While women often show up as primary buyers of food, this can represent their role as buyers for the household. One question is whether, to the extent that female-headed households may be over-represented among low-income households, they are also more affected by the impact of trade barriers in raising prices of staples such as food and clothing. This remains an area where more work is needed.

Our work at the OECD aims to support trade policy makers in thinking through how trade and trade policy can support gender empowerment, but also increasingly to mainstream a gender perspective in other areas of our work to the extent data permits. More broadly, in 2017, World Trade Organization (WTO) members agreed to a Joint Declaration on Trade and Women’s Economic Empowerment, which aims to increase women’s participation in trade. While the declaration is non-binding, it includes provisions for sharing on gender-related information in Trade Policy Reviews. It also tries to lower barriers for women in trade while identifying Aid for Trade as an initiative to help develop the tools for crafting gender-responsive trade policies. A number of recent bilateral and regional trade agreements are also including chapters on trade and gender. 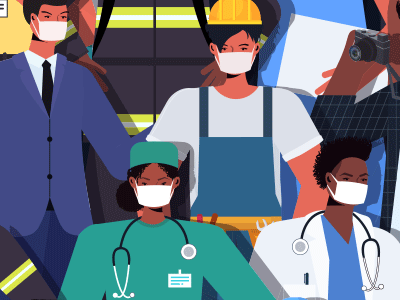 Trade and Gender: A Framework for Analysis

Closing gender gaps makes good economic sense. Advancing the aim of women’s economic empowerment will require policy action across a wide range of areas, including increasing their participation in international trade. Although trade policies are not de jure discriminatory, they impact women and men differently due to dissimilar initial conditions.

Access all OECD publications on trade and gender on the OECD iLibrary.