Global value chains connect producers to consumers across the world

Trade in agricultural and food products has changed over time, with the food we eat and the clothing we wear increasingly being delivered by global production systems that cross many borders. Wheat produced in Australia and the Ukraine, for example, is processed into flour in Indonesia and Turkey, and then exported to make noodles in China, and bread in Africa and the Middle East.

These global value chains (GVCs) connect producers of food and fibre to consumers across the world and help deliver stable supplies of food and textiles along with greater choice to consumers, and at the same time generate incomes for producers. In 2014, on average around 21% of the value of exported agro-food products from any given country came from goods and services produced in other countries.

For agriculture and food sectors, participation in agro-food value chains helps enhance overall sector growth – improving the returns to farmers and food makers along the value chain. In particular, making use of inputs from other countries to produce agro-food products, and having access to foreign consumers through these chains, has helped to grow agro-food sectors and increase the share of gains flowing to farmers and producers.

Against this background, governments and producers are increasingly interested in how they can position their agricultural and food sectors to make the most out of the opportunities created from agro-food GVCs. The manner in which producers in different sectors participate in value chains is heavily influenced by the nature of the products they produce – with products such as fresh vegetables more likely to go relatively directly from producer to consumer through GVCs, compared to oilseeds, wheat and many fibres such as wool and cotton, which feed into food and clothing manufacturing processes and which can cross borders multiple times before reaching the end consumer.

But while the product itself influences GVC participation, differences across agro-food sectors around the world indicate that it is not the only influence – much of what determines the gains from agro-food GVC participation relates to policy factors.

Growing value in agro-food GVCs is not all about moving into higher value or traditionally termed ‘value adding activities’ – for example, turning wheat into flour. Value can be created by playing to a sector’s strengths which may lie in producing more of the primary product. For each sector in any country, the relative gains from moving down the value chain or extending sales of more primary products into an increasing network of value chains will differ. However, for all, getting the policy mix right is important to enhance value creation:

OECD work is exploring the nature and shape of evolving global value chains in food and agriculture, and how countries can maximise their participation in, and benefits from, these GVCs. 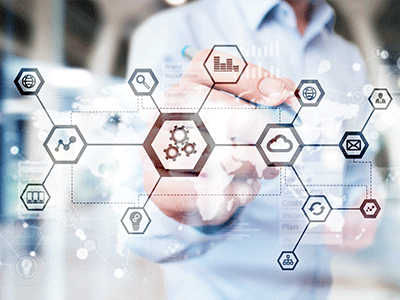 Global value chains in agriculture and food: A synthesis of OECD analysis

This report synthesises the key findings and policy messages from recent OECD work on global value chains (GVCs) in agriculture and food.

Access all OECD publications on global value chains in agriculture on the OECD iLibrary.