Governments support their food, agriculture and fisheries sectors to achieve a wide range of objectives

Governments have traditionally intervened heavily in the agricultural sector, probably more so than in any other productive sector of the economy. Historically, governments have done so because they were concerned about ensuring an adequate level of farmer income and sufficient and affordable food supplies for their populations. While these objectives are still important today, many governments have broadened the scope of their policies to achieve other goals, including contributing to more competitive and innovative industries and environmentally sustainable production systems that are more resilient to climate change and other risks.

Countries broadly share these goals, but their importance varies depending on countries’ individual circumstances. Many developed countries have long provided support to farm incomes, but as their economies grow and transform, other objectives often become important, such as sustaining the environment. In many developing countries, agriculture and fisheries make a much more significant contribution to overall economic growth and employment. Governments often try to stimulate production and raise incomes by lowering the costs of key inputs, or raising the prices of outputs; at the same time, these same governments often strive to keep domestic food prices low, in particular for the poorest.

Current policies are not always well aligned to these evolving objectives

The OECD monitors and evaluates agricultural policies in 53 countries that, together, provide more than half a trillion dollars a year in support to agriculture. More than three-quarters of this support goes directly to farmers, while the remainder is public investment in agricultural innovation systems (i.e. research and development, agricultural extension and training, and education), in food safety and quality inspection systems, and in physical infrastructure. Of course, there are vast differences between countries.

Over the last 20 years, the level of support provided to farmers in many countries has fallen. Support provided to farmers has also started to be more disconnected (“decoupled”) from production – meaning that many farmers no longer receive payments or higher prices for producing a specific commodity – and has instead begun to target environmental outcomes and better access to risk management tools. But some developed countries continue to provide high levels of support, while some emerging economies have increased their level of support, albeit from low or even negative levels.

Government support to fisheries is substantial, but much less in total than support provided to agriculture. Fisheries support includes payments to individual fishers, such as for modernisation of vessels, as well as investments in port infrastructure and fisheries monitoring, surveillance and control. Excise tax exemptions and subsidies for fuel use are also common, sometimes directed specifically at the fisheries sector and sometimes as part of wider support prgrammes. In 2016, support directly targeted to fisheries totalled almost USD 3 billion for all OECD countreis included in the Fisheries Support Estimate database.

The policy measures used by governments affect production, trade and other outcomes differently

Some measures are more effective in achieving specific policy objectives than others. Public spending on agricultural innovation and inspection services, for example, are particularly effective at raising sustainable agricultural productivity growth. Payments to farmers can be tailored to specific policy objectives – like improved environmental performance on farms – by targeting specific locations, groups of farms, or by attaching conditions to their receipt. Keeping domestic prices artificially high (above international levels, for example, through imposing import restrictions) allows governments to support farmers without directly burdening the public budget, but the cost is borne by consumers, and the burden falls disproportionately heavy on the least well off.

Domestic price support, output payments, and input subsidies not only distort production decisions and trade flows, they can potentially have negative impacts on the environment. Because these measures are contingent on production, they can lead farmers to overuse inputs and increase pressure on the environment. And because these types of support measures often target specific commodities, they can reduce resilience and adaptation to climate change by encouraging farmers to plant specific crops, even if they are not well-suited to local climate conditions.

These measures can also have significant and negative effects on the welfare, resilience and food security of consumers and producers. In some countries, the use of market access barriers and distorting forms of domestic support is motivated by food security concerns, as countries aim to achieve higher rates of food self-sufficiency. But higher market prices disproportionally hurt poorer vulnerable households by raising the price of staple foods. This includes small farmers, who may be net buyers of agricultural products. Some governments maintain public stocks to shield consumers from food price spikes, particularly in developing countries. However, large public stockholding programmes can have unintentional impacts on domestic and international markets, and can increase price volatility.

There are both opportunities and challenges to meeting future demands for food, agriculture and fisheries products in a sustainable manner, and in the context of a changing climate.

Policies continue to evolve as countries develop more targeted, and less market-distorting ways to address income goals, risks, and the challenge of improving productivity in environmentally sustainable ways. Still, agro-food products in general face higher tariffs than industrial goods, and are more likely to face non-tariff measures arising from domestic regulations. External pressure arising from international agreements play an important role, starting with the adoption of the 1994 Agreement on Agriculture (part of the Uruguay Round of trade negotiations that led to the creation of the World Trade Organization). While progress in both agriculture and fisheries trade negotiations at the multilateral level remains slow, efforts have been intensifying, including at the WTO.

Going forward, aligning food, agriculture and fisheries policies with the emerging needs of the sector will require governments to distinguish between measures that provide income support to households in need from those that aim to increase productivity, sustainability, and resilience to climate change and other risks. It will also require a more integrated policy approach, ensuring that policy packages are coherent with economy-wide measures and responsive to the needs of the entire food system, from ‘stable to table’. Work at the OECD creates new data, information, analysis, and advice to support government decision-making on practical ways to improve their policy performance. 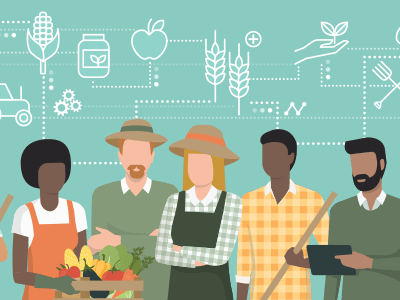 The global food system continues to respond to the needs of a growing and more affluent world population. Learn how we got here. 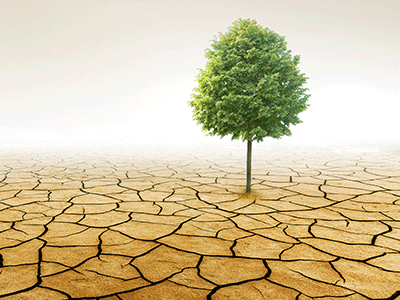 Opportunities and threats to food systems

Resource depletion and climate change pose major challenges to the global food system, but there are opportunities for policy to help address these challenges. 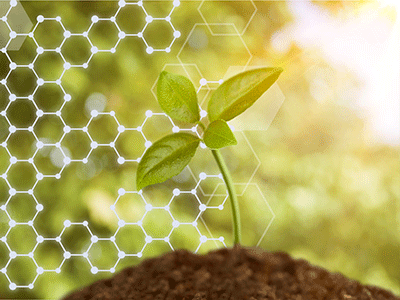 What is the future of food and farming?

How the global food, agriculture and fisheries system evolves in coming decades will depend on targeted measures to ensure that no one is left behind.