Globally, antimicrobials are widely used in animal production not only to improve animal health and animal welfare, but also to enhance animal growth rates and raise animal productivity. The use of antimicrobials, however, can lead to the emergence of resistance and the transmission of resistant genes and resistant bacteria between species. Access to effective and cost efficient antimicrobials is critical for human and animal health, animal welfare and food security. The potential consequences of antimicrobial resistance include reduced food production, reduced food security, greater food safety concerns, higher economic losses to farm households, and contamination of the environment.

With the growing awareness of the emergence and spread of antimicrobial resistance (AMR), many countries have phased out the use of antimicrobials for animal growth promotion and are focusing on optimising the use of antimicrobials in preventing and treating animal diseases. There is a common perception amongst livestock producers that the benefits of antibiotics in production outweigh the costs, but this depends on several factors, especially the biosecurity standards on the farm, housing standards, nutrition, breeding and management of the farm. In the long run, however, the negative spillover effects of antibiotic resistance on human health, as well as on animal health, can have major social, economic and environmental impacts.

Finding the level of antimicrobial use that optimises the economic and technical performance on animal farms is a major challenge. Much of the work to date has focussed on developing technical standards and methodologies to assess the actual use of antimicrobials in animal production at different stages of growth and at the species level. At the farm level, there have been few studies on the benefits and costs of antibiotic use in animal production.

The OECD has sought to fill this information gap by evaluating the real benefits and costs of antibiotics in production, as well as to assess the relative costs of alternative measures to prevent and control the outbreak of disease in farm animals.

The findings of this work show that, over the last decade, the use of antibiotics in animal production has fallen dramatically in most European countries. This drop can be attributed to the phasing-out of antibiotics for growth promotion in the European Union in 2006, as well as the reduction in use of antibiotics for disease prevention due to better awareness of the potential long-term adverse effects of AMR. However, in large emerging countries that produce livestock, such as Brazil and China, usage continues to be high (and for some species increasing). This is largely due to the impact on animal growth and profit margins on the farm, and to lower biosecurity measures in some production systems. The lack of access to alternative interventions for farmers at affordable prices also contributes to this situation.

The OECD collaborates with organisations such as the UN World Health Organization (WHO), the World Organisation for Animal Health (OIE), and the UN Food and Agriculture Organization (FAO) to bring an economic perspective to the policy and regulatory debate on combatting the rise in AMR. As part of international efforts to tackle the emergence and spread of AMR in humans, animals and the environment, the OECD also contributes to the policy dialogue at the G20 to combat the growth in antimicrobial resistance. 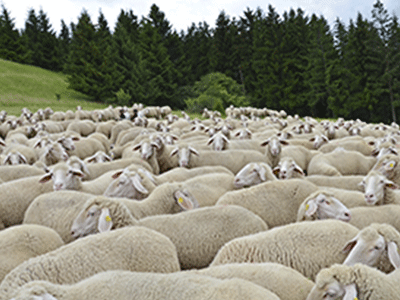 Global efforts to combat the risks posed by antimicrobial resistance (AMR) depend on effective implementation of national action plans. Most countries have taken a One Health approach in developing their national action plans covering human health, animal health and the environment. Evidence on the implementation of these plans in livestock agriculture across six OECD countries, as well as in Brazil, the People’s Republic of China, and the Russian Federation, highlights the need for greater co-ordination and coherence amongst stakeholders in implementing workable solutions.

Access all OECD publications on antimicrobial resistance on the OECD iLibrary.