The Cost of Air Pollution 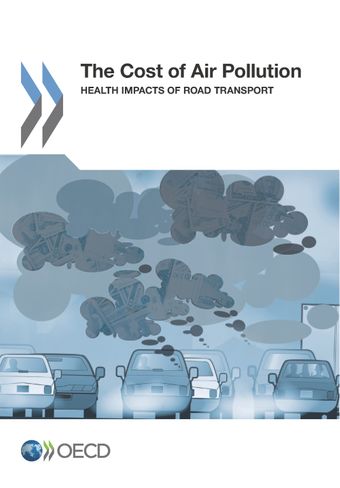 Outdoor air pollution kills more than 3 million people across the world every year, and causes health problems from asthma to heart disease for many more. This is costing societies very large amounts in terms of the value of lives lost and ill health. Based on extensive new epidemiological evidence since the 2010 Global Burden of Disease study, and OECD estimates of the Value of Statistical Life, this report provides evidence on the health impacts from air pollution and the related economic costs.

Air pollution has now become the biggest environmental cause of premature death, overtaking poor sanitation and a lack of clean drinking water. In most OECD countries, the death toll from heart and lung diseases caused by air pollution is much higher than the one from traffic accidents.

The OECD has estimated that people in its 34 Member countries would be willing to pay USD 1.7 trillion to avoid deaths caused by air pollution. Road transport is likely responsible for about half.

Air pollution in OECD countries has fallen in recent years, helped by tighter emission controls on vehicles, but it has increased in China and India as rapid growth in traffic has outpaced the adoption of tighter emission limits. The switch to more polluting diesel vehicles in many countries threatens to arrest the downward trend in emissions from road transport in OECD countries.