Exchange of Information on Request: A robust and transparent review process

Peer reviews on the Exchange of Information on Request (EOIR) have been the Global Forum’s main activity since 2009. These are carried out by its Peer Review Group and adopted by the plenary. The first round of reviews, in which all member jurisdictions and jurisdictions relevant to the work of the Global Forum were reviewed against the 2010 Terms of Reference, was completed in 2016.

Following calls in April 2016 by the G20 Finance leaders to establish objective criteria and a list of jurisdictions which have not made satisfactory progress in implementing the international tax transparency standards, a special fast track review procedure was approved. This procedure was implemented between April and June 2017. Several jurisdictions were able to demonstrate progress in the implementation of the EOIR standard and were granted a provisional upgrade to their ratings.

In the second round of reviews, launched in 2016, assessments are made against the new Terms of Reference, containing principles which have been revised to ensure that these reflect the latest developments in international tax transparency.

The peer review process evaluates jurisdictions’ compliance with the international standard of EOIR. In accordance with the methodology, reviews take place in two phases:

In the first round, certain jurisdictions underwent combined reviews, which evaluated both Phase 1 and Phase 2 aspects. In the second round, most reviews are carried out in a combined manner. Jurisdictions are reviewed in the order established by the schedule of reviews. After completion of both phases of the review process, each jurisdiction receives an overall rating.

The international standard provides for exchange on request of foreseeably relevant information for carrying out the provisions of a tax convention or for the administration or enforcement of the domestic tax laws of a requesting party. The Global Forum Terms of Reference break down the standard in ten essential elements, divided into three main parts:

For the exchange of information to be effective, each jurisdiction should have appropriate international EOI instruments in place with all relevant partners, but it must also make sure that the information sought is available and accessible to its competent authority. Information which is not available or cannot be accessed cannot be exchanged. However, even if a jurisdiction never exchanges information, implementing the Global Forum’s standards on availability of and access to information is key to ensuring that it can protect its own domestic tax base.

Four ratings can be allocated to a jurisdiction once it has undergone a full peer review:

Reviews are driven by peers. All members of the Global Forum are invited to provide inputs regarding their EOI experience with the assessed jurisdiction or to flag any specific issues they would like to see examined. The assessment teams – which usually consist of two expert assessors from Global Forum member jurisdictions and one administrator from the Secretariat – take into consideration the inputs received. Our Handbook for EOIR peer reviews provides more details. 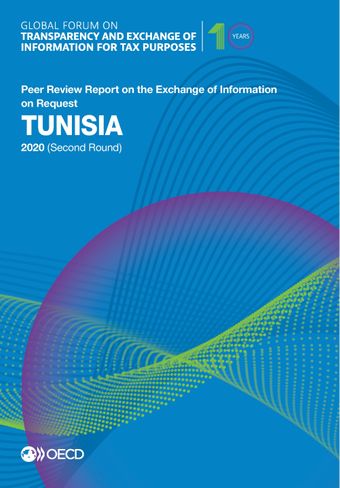 The second round of peer reviews were launched in July 2016 under the new Terms of Reference. These include a strengthened standard on the availability of beneficial ownership information - as set out by the FATF standard - as well as its access by the tax authorities. Previously, the standard only required the availability of legal ownership and identity information of legal entities and arrangements. This new requirement strengthened the fight against anonymous shell companies and the use of legal arrangements to conceal ownership identity.

The output of the peer review is a report. Draft reports are discussed and approved by the Peer Review Group and are finally adopted by all Global Forum members. The report is published following adoption. Where areas of weakness are identified during reviews, the reports include recommendations setting out clearly what improvements jurisdictions need to make. Jurisdictions are required to provide follow up reports on an annual basis on the actions they have taken to address the recommendations.

Many jurisdictions make substantial changes to their legal and regulatory frameworks and practices before their reviews. Others, who initially do not receive satisfactory ratings, are able to address recommendations and improve their ratings later, through a supplementary review procedure which has been established so that these changes can be evaluated and given public recognition.