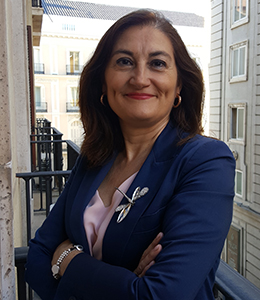 Maria José Garde serves in the Spanish Ministry of Finance and Public Administration as Deputy Director General for International Taxation. She has developed her expertise during the past fifteen years in the international taxation and tax policy areas such as the design of the policy regarding the tax system for non-residents, as well as for the proposal and interpretation of general tax rules. She is responsible for the negotiation and implementation of tax treaties and exchange of information agreements, and for the work done within the OECD and the EU in taxation matters.

She has attended numerous OECD and EU meetings. She is a member of the bureau at the CFA and the Spanish delegate for the Global Forum Steering Group since 2014.