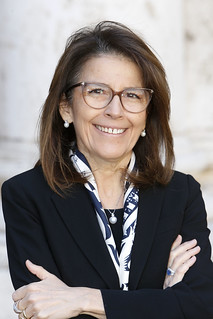 16/04/2021 – The OECD's Committee on Fiscal Affairs (CFA) has designated Ms. Fabrizia Lapecorella, Director General of Finance of the Italian Ministry of Economy and Finance, as the next Chair of the Committee beginning on 1 January 2022. Ms. Lapecorella will take over from Mr. Martin Kreienbaum of Germany after his 5 year term ends on 31 December 2021. Ms. Lapecorella will be the second female Chair of the Committee since it was created in 1971 and the second Italian to hold this position.

Ms. Lapecorella has served as Italy's Director General of Finance since June 2008, and has held this position longer than any of her predecessors over the last 20 years. As Director General of Finance, she is responsible for tax policy, domestic European and international, the governance of the Tax Agencies, the coordination of the IT infrastructure serving the whole Tax Administration, and the administrative services for the Tax Judicial system. Prior to this role, Ms. Lapecorella held various positions at the Italian Ministry of Economy and Finance. As a member of the CFA's Bureau since 2012 and current Deputy Chair of the CFA since 2017, and as a member of the Steering Group of the OECD/G20 Inclusive Framework on BEPS since 2016, Ms. Lapecorella brings a wide understanding and experience in the full range of tax issues covered by the Committee.

"I am very pleased that the members have selected Fabrizia Lapecorella to lead the CFA", said Mr. Martin Kreienbaum, current Chair of the CFA and Director General of International Taxation for the German Federal Ministry of Finance. "She is well known to the Committee and brings a wealth of experience in tax policy and is well-versed in both the technical and political dimensions. I look forward to working with her over the remainder of my term to ensure a smooth transition," he added.

The Committee on Fiscal Affairs is the main forum for the OECD's discussions on taxation, covering both international and domestic tax issues and tax policy and administration. As the key global body for setting international tax standards, the CFA builds on strong relationships with OECD members and the engagement of a large number of non-OECD, G20 and developing countries on an equal footing. Importantly, the CFA's membership was expanded in 2016 with the creation of the Inclusive Framework on BEPS, which currently has 139 members.