The 2016 MAP statistics are reported under the MAP statistics reporting framework. They cover all the members that joined the Inclusive Framework prior to 2017.

2016 MAP Statistics at a glance 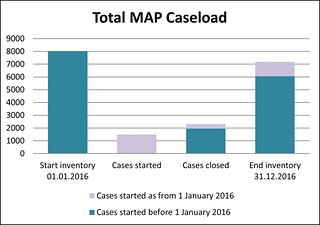 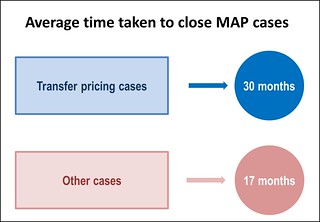 * See also the breakdown per jurisdiction

Cases started before or as from 1 January 2016

In the MAP Statistics Reporting Framework, a distinction is made between the cases that started before or as from 1 January 2016, which is the date as from when the reporting jurisdictions committed to the implementation of the Action 14 minimum standard. 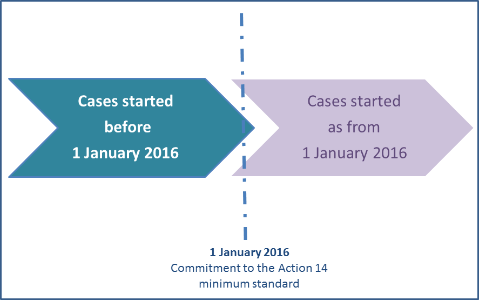 The main differences between the two categories are the following:

Transfer pricing cases and other cases

The agreed reporting framework now makes a distinction between "attribution/allocation" cases and "other" cases.

An attribution/allocation case (called here a "transfer pricing case") is a MAP case where the taxpayer’s MAP request relates to either:

Any MAP case that is not an attribution / allocation MAP case is considered as an "other" MAP case. 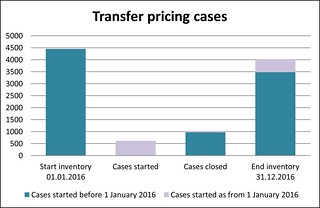 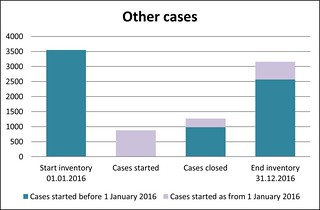 * See also the breakdown per jurisdiction of transfer pricing cases

** See also the breakdown per jurisdiction of other cases

Note: the average time mentioned here only relates to cases that were closed in 2016. For cases started as from 1 January 2016, this means that maximum 12 months have elapsed from the start date to the end date of such cases.

MAP statistics for reporting periods 2006 to 2015 are still available for OECD member countries and a number of non-OECD economies that have agreed to provide such statistics for these periods.

Action 14 develops solutions to address obstacles that prevent countries from solving treaty-related disputes under MAP, via a minimum standard in this area as well as a number of best practices. It also includes arbitration as an option for willing countries.