30/09/2021 – Today, Namibia signed the Multilateral Convention to Implement Tax Treaty Related Measures to Prevent Base Erosion and Profit Shifting (the Convention or MLI), becoming the 96th jurisdiction to join the Convention, which now covers around 1800 bilateral tax treaties. H.E. Ambassador Albertus Aochamub signed the Convention for Namibia at a signing ceremony held in Paris. 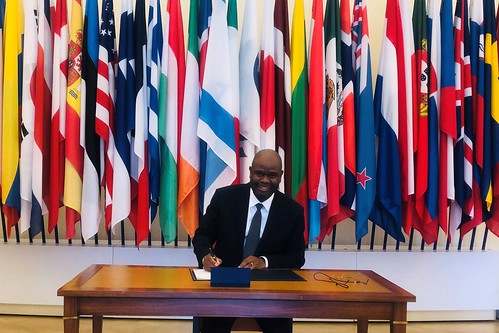 Earlier this week, Andorra and Spain deposited their instruments of ratification for the Convention thus underlining their strong commitment to prevent the abuse of tax treaties and base erosion and profit shifting (BEPS) by multinational enterprises. The Convention will enter into force on 1 January 2022 for these countries. 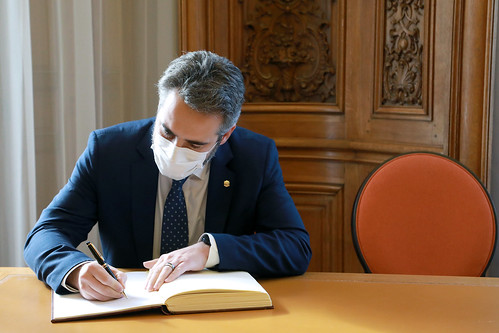 Furthermore, the Conference of the Parties to the MLI – responsible for taking any decisions or exercising any functions as may be required or appropriate under the provisions of the MLI – recently approved two opinions on the implementation and application of the Convention: one opinion on the implementation of the MLI Mutual Agreement Procedure provision and another on the entry into effect of the Arbitration provision.

The Convention, negotiated by more than 100 countries and jurisdictions under a mandate from the G20 Finance Ministers and Central Bank Governors, is one of the most prominent results of the OECD/G20 BEPS Project. It is the world’s leading instrument for updating bilateral tax treaties and reducing opportunities for tax avoidance by multinational enterprises. Measures included in the Convention address treaty abuse, strategies to avoid the creation of a "permanent establishment", and hybrid mismatch arrangements. The Convention also enhances the dispute resolution mechanism, especially through the addition of an optional provision on mandatory binding arbitration, which has been taken up by 32 jurisdictions.