R&D intensity (2.1% of GDP) is above the OECD average (1.9%) but below the G7 average (2.2%). Government support to business R&D remains high: government financing of business R&D (11%) is the highest among G7 countries and R&D tax subsidy rates are the highest in the OECD area, both for large and small and medium size firms.

France is the only OECD country where government R&D budget decreased in real terms (around -4%) in the last decade. In 2008 defense accounted for 30% of the government R&D, the second largest share in the OECD after the United States. 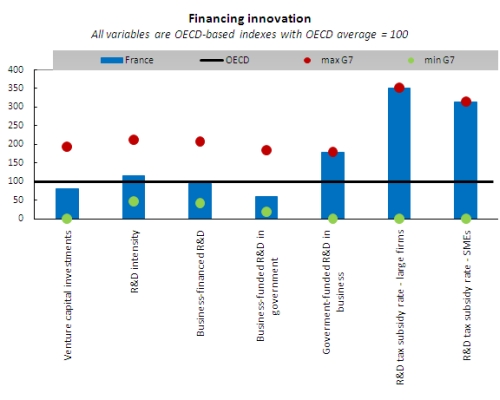 Patents per capita in France (39 per million inhabitants) are above the OECD average (33) but below the G7 average (48).

Over 90% of French businesses had a broadband connection in 2008 while the OECD average is 83%. 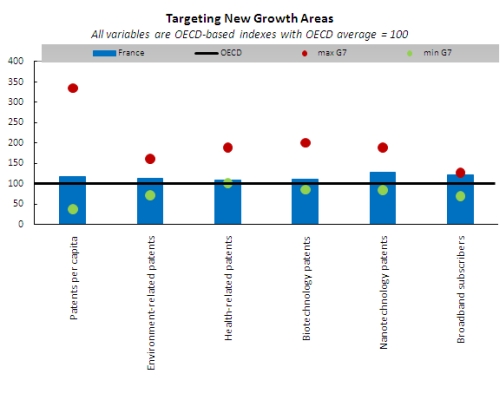 Compared to the OECD, French firms do little use of e-commerce, both for selling (13%) and purchasing (18%). The number of new trademarks per capita - an indicator of new products and new marketing methods - was also lower (45 per million inhabitants) than the OECD average (62). 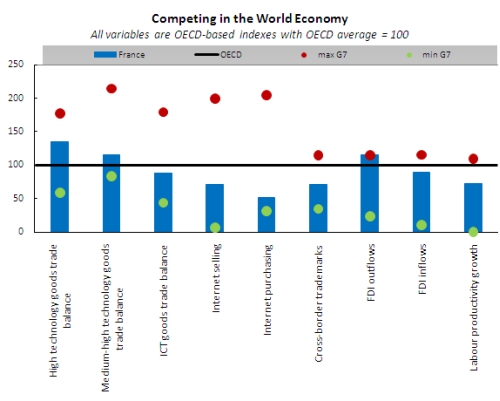 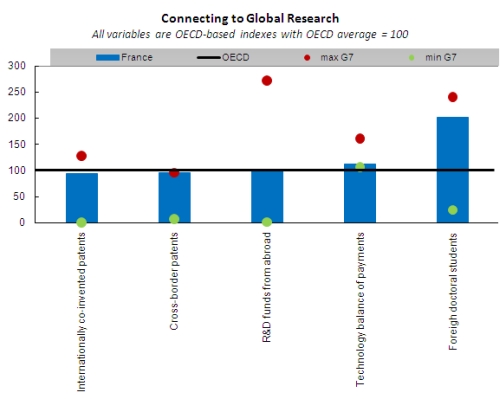 France has the second highest unemployment rates among university graduates (about 5%) in OECD countries, after Poland and Turkey (both 5.4%). 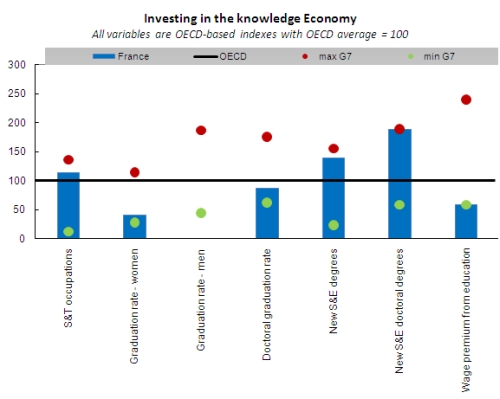