OECD household income grows strongly in the first quarter of 2021, driven by significant fiscal expansion in the United States

5 August 2021 - Real household income per capita, which provides a better picture of people’s economic well-being than GDP, grew by 5.8% in the OECD area as a whole over the first quarter of 2021. The rise, the largest since 2008, is largely due to the United States’ significant increase in real household income, which is a direct result of the government’s recent fiscal support, including transfer payments made to households. This exceptional rise in incomes was much higher than the 0.5% increase in GDP per capita recorded in the OECD area during the first quarter of 2021. 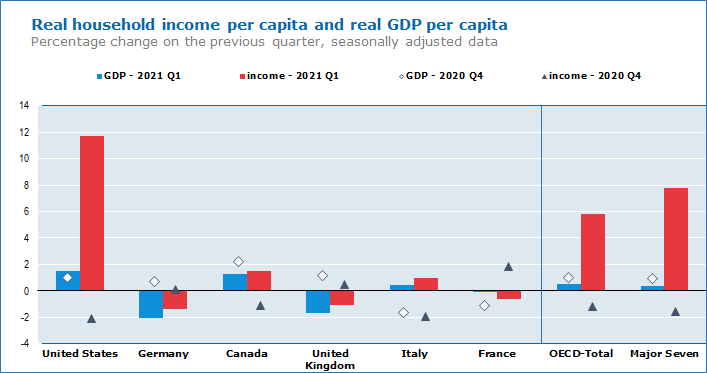