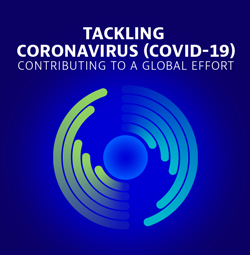 China’s merchandise exports fell sharply in the beginning of 2020, with exports down 13.3% in the first quarter, compared to the same quarter of 20191. Korean trade over the first quarter of 2020 held-up relatively well however. Although imports fell in February (by 5.7% compared to January), following disruption in Chinese supply-chains, they rebounded in March (up 4.4% on February) as Chinese factories resumed operations. Japanese imports also bounced back in March (up 9.7% on February) following the significant contraction (minus 7.6%) in February.

However, data for April point to a sharp deterioration. Korean exports and imports fell by 21.5% and 9.7%, respectively, compared to March. In Japan, exports and imports in the first 20 days of April1 fell by close to 20% and 12% respectively, compared with the same period in 2019. Although China’s exports picked up in April (by 3.5% compared to April 2019), boosted, in particular, by a rebound in computers and parts, imports contracted markedly (by 13.8%), reflecting cars and car parts (which fell by 45.8%) and the collapse in oil prices. Exports of medical devices soared (by 50.8%).

With energy products accounting for around half its total exports, Norwegian exports plunged by 22.3% in March, reflecting the collapse in oil prices. Imports also fell sharply by 14.1%.

With the exception of iron ore, India’s exports decreased in all sectors with an overall fall of nearly 34% in March. Imports dropped by 26.4% in the same period.

Switzerland’s exports increased slightly in March (by 0.2% on February), sustained by its pharmaceutical sector. Imports contracted by 4.6% in March.

Australia’s exports picked up in March (10.3%) due to a rebound in demand for metal ores and minerals from Asian partners (following significant contractions in January and February) but imports continued to fall and are down over 15% since December 2019.

Exports and imports in Brazil decreased only marginally in March (by 0.9% and 0.4% respectively), but the situation deteriorated rapidly in April, with exports falling by 6.7% and imports collapsing (by 20.6%).

Travel collapsed in March across all economies in the wake of lockdown measures, with exports contracting by 50.9% in France (resulting in a deficit on travel for the first time) and 45.3% in the United States, compared to February 2020. In Korea, Canada and Australia exports decreased by 40.8%, 25% and 20.3%, respectively. Major travel importers recorded even larger contractions in imports, with the United States and Canada posting falls of 63.8% and 35.8% respectively. In China, where travel accounts for more than half of total imports of services, imports fell by 29.7% in Q1 2020 compared to the same quarter in 2019, as the epidemic hit during what would normally be a peak holiday period.

Transport services (covering passenger transport and freight), were also badly affected due to lower volumes in goods trade and travel restrictions. Exports and imports in the United States fell by 36.2% and 33.7% respectively in March compared to February. In Canada, exports in transport services fell by 20% and imports by 17%. France reported a relatively lower slowdown (minus 2.4% and minus 10.3% in exports and imports), while Korean imports  increased by 4.3% in line with the corresponding rebound in merchandise trade. In China, exports and imports fell by 6.9% and 6.4% in the first quarter compared to the same period a year ago.

The overall decrease in exports and imports of total services was however less steep than for transport and travel, suggesting that other services sectors performed better. Data for those countries available point to strong growth in digitisable services in particular. Imports of telecommunications, computer and information services increased by 34% in China in Q1 (compared to the same period in 2019), faster than the annual average of 20% over the past five years; exports also increased by 11.1% over the same period. In the United States, exports and imports of other business services were up 0.3% and 0.1% respectively in March, compared to February, while telecommunications and computer services were up by 0.4% and 0.2% respectively.

1. Given the potentially significant distortionary impact of containment measures on seasonal patterns, non-seasonally adjusted figures compared with the same period a year earlier are presented here for China.