Unemployment rate in the OECD area stabilises at pre-pandemic rate of 5.3% in January 2022

10 Mar 2022 - The monthly unemployment rate in the OECD area was stable at 5.3% in January 2022, the same rate that was recorded in February 2020 just before the pandemic (see Figure 1) and the lowest level since the start of the series in 2001. The number of unemployed workers in the OECD, at 35.9 million remained only 0.3 million above the pre-pandemic level.

It should be noted that the unemployment rate conceals the extent of the unmet labour demand  as some non-employed people may be “out of the labour force”, and hence not captured by the unemployment rate, either because they are not actively looking for a job or are not available to work. 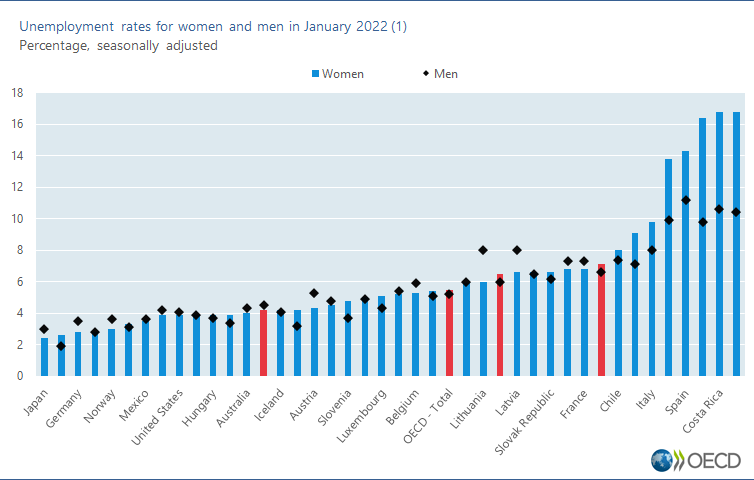