OECD household income falls in the fourth quarter of 2020, but grows overall during COVID affected year

Overall, the decline of 1.4% is the largest quarterly decline in real household income per capita since 2013 Q1 and reflects many governments across OECD countries reducing the level of COVID related transfer payments to households, after the unprecedented levels of support provided earlier in 2020. 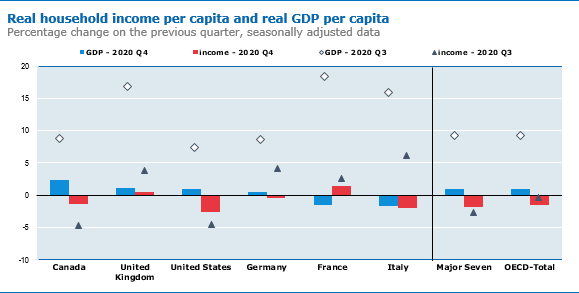