OECD Home FocusOECD and the G20 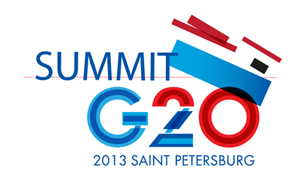 Growth seems to be turning a corner in the United States and Japan while the Euro area is pulling slowly out of recession. But dark clouds remain and new threats are appearing on the horizon, including clear signals that a slowdown in the major emerging economies is at hand.

Difficult challenges still lie ahead. G20 countries are home to some 93 million unemployed and the job crisis is taking a heavy toll on youth. Public finances remain worryingly stretched in many countries while problems of inequality and environmental stress badger on. Much remains to be done in areas such as financial regulation while global economic imbalances persist.

There are brighter spots however: G20 countries are achieving concrete results in the domain of tax transparency and in the fight against tax havens. They are now embarking on the most fundamental attempt to renovate the international tax architecture in a century with a view to addressing tax base erosion and profit shifting and putting an end to double non-taxation of multinational corporations.

Beginning with the first leaders’ summit in Washington in 2008, the OECD has contributed to most strands of G20 work according to each presidency’s agenda. Structural reforms, taxation, financial inclusion and education, trade, green growth, water and food security, development and anti-corruption are only a few examples of areas where the Organisation has played an important role and supported G20 discussions by providing data, analysis, expertise and policy options for G20 leaders’ consideration.

The world needs to find a path to strong, sustainable, balanced and job-rich growth, and the Russian presidency has placed this challenge at the heart of its agenda. Indeed, the global co-operation enshrined in the G20 process is a good reason for being optimistic that this goal is an attainable one.