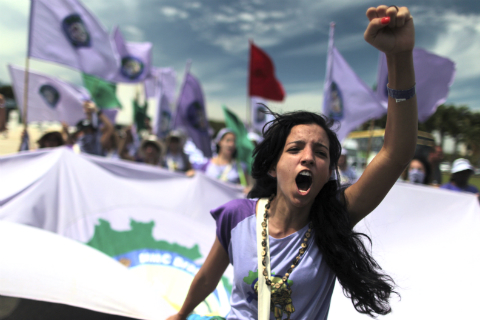 Until now considered a model in terms of reducing poverty and inequality, Brazil has recently faced the wrath of hundreds of thousands of protesters from across all sections of society, riling up against inflation while calling for better access to health care, education and other public services. OECD analyst Horacio Levy explains.

Recent trends in poverty and inequality reduction in Brazil have been impressive. However, the starting point was so high that despite all the promising results there is still a long way to go. The protests highlight this. Despite all progress, there is no room for complacency. Brazil is still a very unequal country in which the vast majority of the population does not have access to public services of a reasonable quality, particularly health, education and transport. The unease with the government spending on the 2014 Football World Cup and the rise on bus fares shows that there is a strong demand for public resources to be better used and targeted to people’s needs.

The Brazilian government has recently been targeting more resources to areas mentioned in the protests. Education and health expenditure as a proportion of GDP have increased in the last decade, respectively from 3.9% to 5.6% and from 3% to 4%, according to World Bank estimates. However, the quality of services is still very deficient. Further resources and much better management to reduce inefficiency, waste and corruption, are now required.