What big data can tell us about women on boards

March 2020 - The OECD Analytical Database on Individual Multinationals and their Affiliates (ADIMA) shows that women are under-represented in boardrooms across all industries and though there are signs of improvement, a glass ceiling continues to exist even within the Boardroom hierarchy.

Women are under-represented in boardrooms across all industries

Women make up only 16% of board members in the top 500 MNEs (by market capital) according to ADIMA, with shares as low as 12% in the technology sector. Even in the best performing sector - Consumer Non-Cyclicals (companies producing household staples) - women make up less than one-fifth of the boardroom. Indeed, looking at large multinationals as a whole, only around 1 in 20 of the top 500 have female representation at above 30%. Whilst a number of national and indeed international efforts to improve female participation exist (e.g. The G20/OECD Principles of Corporate Governance), gaps exist across all countries, although they are smaller – but still significantly large – in countries that have introduced specific policies (see also the OECD Corporate Governance Factbook, 2019).

There are signs of improvement

Low shares, to some extent, reflect an accumulation of generational discrepancies and indeed structural factors, including discriminatory biases, which have historically worked to impede female participation on boards.  Although, younger cohorts of women on boards are also significantly under-represented (with women forming 24% of all board members born between 1970-79) their share is 4 times higher than the 1940-49 cohort (Figure 3). Surprisingly, however, the evidence does not suggest that the younger the firm the smaller the gender discrepancy, as might have been expected (Figure 4). 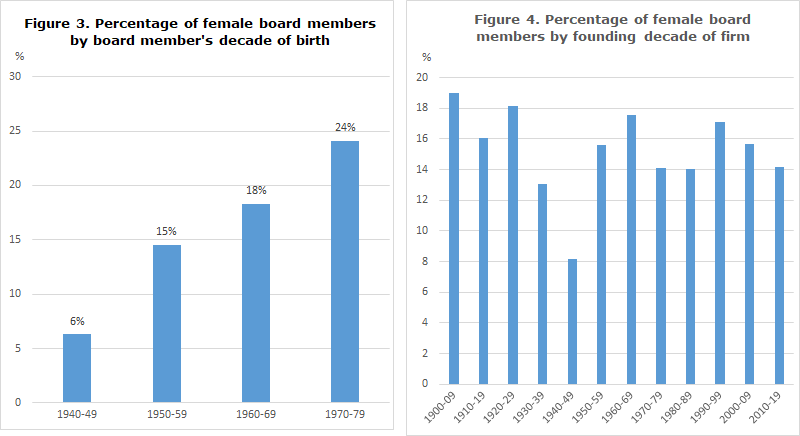 Even among board members there is a glass ceiling

Although partly a function of the generational drivers, described above, gaps in female participation become starker when looking at the seniority of board members (Figure 5). While the female share of board members in an independent advisory role is 23%, their share of Senior Leadership roles is only 7%. 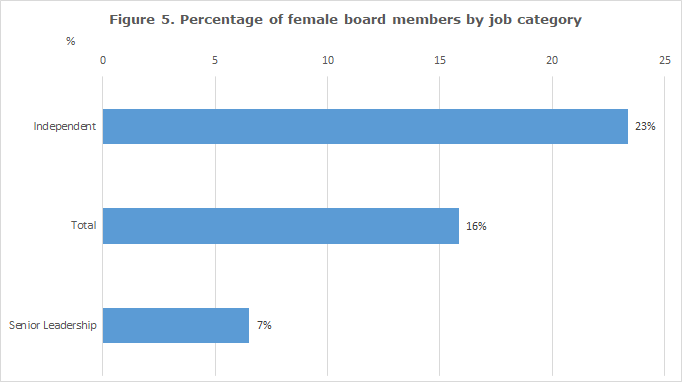 The OECD Analytical Database on Individual Multinationals and their Affiliates (ADIMA) is a big data framework bringing together innovative digital and traditional data sources to analyse the activities of the world’s largest Multinational Enterprises (MNEs). Open, harmonised and traceable data will be published shortly for the largest 500 MNEs with no licencing restrictions.  Visit oe.cd/ADIMA.