March 2016 - There are inherent risks when choosing to set-up a new business. However, some of these risks, like attaining a satisfactory work-life balance are often more inhibiting for women than for men. In fact, independently of a country’s economic context and the overall cultural attitude toward entrepreneurship, women always appear less prone to take the risk of creating their own business than men. The share of men who would rather take a risk and build their own business than work for someone else is larger in virtually all countries, from high income OECD countries to least developed low income economies. There are a few exceptions where woman and men are equally willing to take the risk, including Mexico and South Africa.

The sentiment of not having the adequate education and finances to be able to create one’s own business is one important factor explaining this gender gap. Typically, lower shares of women than men declare having access to training or funding to create or grow a business. Policy initiatives that encourage women’s participation in formal and informal training, enlarge or adapt the offer of training courses, and enable their access to suitable funding, including through financial education, should constitute key elements in the promotion of women entrepreneurship. 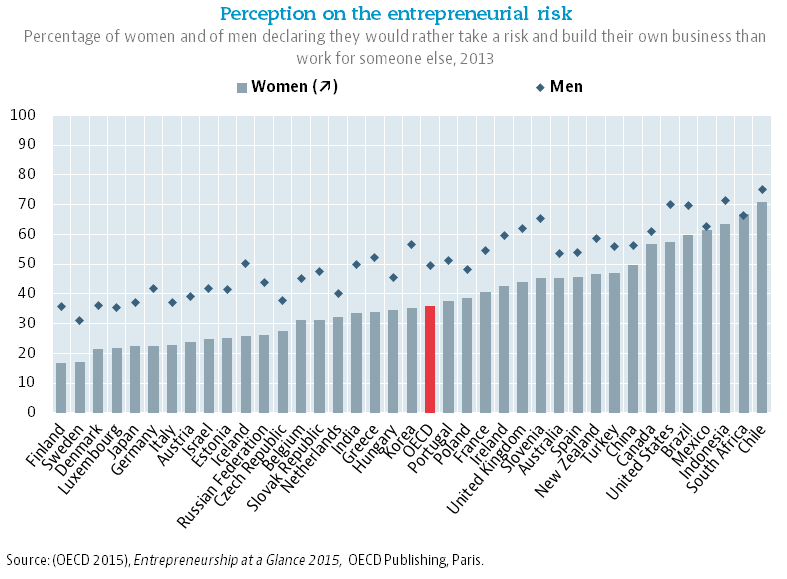