The 1990s conflict over its independence severely affected Croatia’s economy. As of 2000, the country’s economic situation began to improve with moderate but steady GDP growth, led by a surge of tourism and credit-driven consumer spending. However, the 2008 global economic downturn revealed underlying structural weaknesses and led to six years of contraction.

Croatia’s economy is recovering from the global crisis with growth expected to continue increasing and unemployment to contract. In the future, this trend would continue, depending on the capacity to attract investment and carry out structural reforms to address high public and private debt levels, improve the business climate, and boost productivity and competitiveness. Croatia would also greatly benefit from sustaining reforms to upgrade public services, key institutions like the judiciary and the governance of state-owned enterprises (SOEs) within the next few years.

Croatia is an active participant in the OECD SEE regional programme. Before acceding to the EU, Croatia took part in SIGMA’s Western Balkans Programme, supporting public institutions and systems. Croatia’s co-operation with the OECD has been continuously deepening and broadening to include greater participation in statistical reporting and information systems, benchmarking exercises such as the Programme for International Student Assessment (PISA), publications and policy reviews. An inter-miniaterial mechanism has recently been set up to coordinate the co-operation with the OECD. 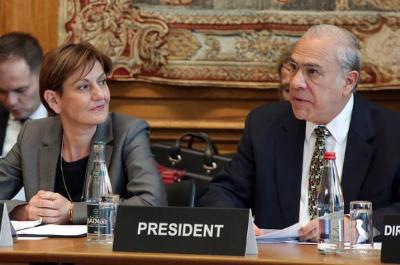 In 1994, Prime Minister Nikica Valentic conveyed to the Secretary-General Croatia’s intention to become a Member of the OECD. More recently, in 2017, Croatia’s Prime Minister, Andrej Plenković, presented a formal application for accession, and Deputy Prime Minister Martina Dalic briefed Council on her government’s reform agenda and reiterated Croatia’s willingness and determination to become a member of the OECD. Broad civil society support for Croatia’s commitment to OECD accession was expressed in letters of national employers and trade union organisations, as well as by the Speaker of the Croatian Parliament.

Croatia’s deepening co-operation with the OECD also includes participation in OECD bodies and legal instruments. Croatia is thus part of an important dialogue with senior officials from member and partner countries on cutting-edge thematic issues.

For example, recent steps undertaken by Croatia for enhanced participation in OECD bodies and adherence to its instruments include the interest expressed in adhering to the OECD Declaration on International Investment and Multinational Enterprises. Croatia also participates in the Global Forum on Transparency and Exchange of Information for Tax Purposes and in the G20/OECD Project on Base Erosion and Profit Shifting of the Committee on Fiscal Affairs as an Associate. In the field of taxation, Croatia has joined the Convention on Mutual Administrative Assistance in Tax Matters, the Multilateral Agreement on Exchange of Information for Tax purposes and has signed the Multilateral Convention to Implement Tax Treaty Related Measures to Prevent Base Erosion and Profit Shifting.