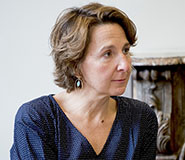 Selma Mahfouz is director of Research, Studies and Statistics at the French Ministry of Labour. She first worked on macro-econometric models and economic studies at the French Institute for statistics (INSEE). She joined the International Monetary Fund, where she spent five years as an economist working on various countries in the Fiscal Affairs department. She then headed the department “Social and Labour market policies” of the Treasury in the French Ministry of Finance. She also worked intensively on pension reform, at the Pensions advisory council and as advisor for pension reform and social affairs to the French minister of Social Affairs and Health. She was also deputy director of France Stratégie, a public think tank attached to the PM office. 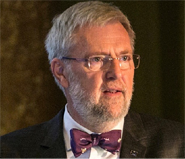 Walter J. Radermacher has been Director General of Eurostat and Chief Statistician of the European Union between 2008 and 2016. He has worked in Destatis, the German Federal Statistical Office, for 30 years, finally as President and Federal Returning Officer. He was the first Chair of the UN Committee of Experts on Environmental-Economic Accounting (UNCEEA) between 2005 and 2008. Since 2017 he is a Researcher at the Department of Statistical Sciences, Sapienza University, Rome and the President of FENStatS, the Federation of European National Statistical Societies. 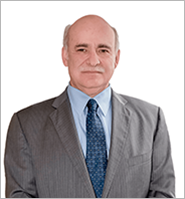 Eduardo Sojo is General Director at the National Laboratory of Public Policy (LNPP) at the Center for Economic Research and Teaching (CIDE) since January 2016. The LNPP is a unique facility in Mexico devoted to applied research that combines data sciences, behavioral economics and collective intelligence to solve public problems with the highest academic standards. Previously he was President of the Board and Executive President of the National Institute of Statistics and Geography of Mexico (INEGI), leading the Institute in its initial stage as constitutional autonomous entity of the Mexican State. During his tenure the National System of Statistics and Geography was created, important projects were successfully conducted as the 2010 National Population and Housing Census, the 2009 and 2014 Economic Censuses and the Census of Schools, Students and Teachers of Basic Education of Mexico, and new responsibilities were assumed by INEGI, among them, the estimation of the National Consumer Price Index.