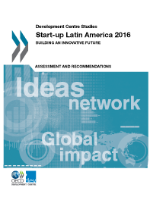 ‌Start-up Latin America 2016 presents an update of start-up promotion policies in the region. Start-ups are becoming a reality in Latin America and public policies are playing an important role in supporting their creation and expansion.

This second edition reviews and compares the experiences of Chile, Colombia, Mexico and Peru, highlighting the policy objectives and specific instruments employed by each country to support the development of start-ups. Three common trends emerge: the countries are i) introducing reforms in the policy mix to combine financing schemes with support services;  ii) experimenting with new tools (such as co-working spaces and crowdfunding) and forging partnerships with large companies; and iii) advancing in the creation of a pro-startup mindset. Major challenges that lie ahead include: i) strengthening the evaluation of these policies; ii) advancing in setting up a business friendly regulatory framework; and iii) increasing private investment in innovative businesses. This study is the result of a joint-project of the OECD Development Centre and the the Mexican Institute of the Entrepreneur.

Browse or purchase the publication

The experiences of Colombia, Chile, Mexico and Peru’s in startup promotion are being reviewed. The ongoing assessment shows that Latin America is a region in motion: the policy mix of targeted tools has been modernized and new actors and forms rose up in start-up promotion since 2012.

A progress report, “Startup Latin America 2016: Building and Innovative Future”, was presented and benefited from comments from high level participants at the Startup Nation Summit (SNS) in Monterrey (Mexico) on November 20, 2015. 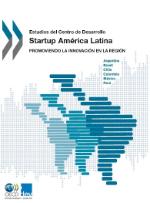 ‌
Start-ups are gaining momentum in Latin America's innovation strategies. Start-up Latin America: Promoting Innovation in the Region analyses the role of policies in promoting the creation and expansion of start-ups. It provides a comparative snapshot of recent initiatives in six countries in the region – Argentina, Brazil, Chile, Colombia, Mexico and Peru – to identify good practices and foster knowledge sharing to improve innovation policy design and implementation.

Browse or purchase this publication