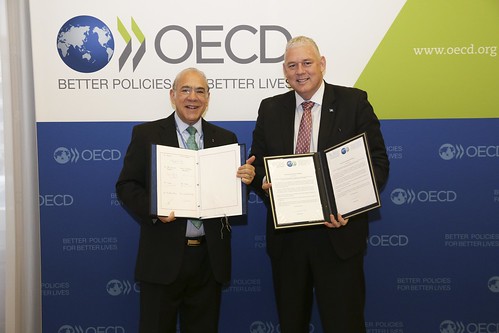 Since then, the Convention has become a truly global instrument. It is seen as the ideal instrument for the swift implementation of the standard on exchange of information on request and the new OECD/G20 Standard for Automatic Exchange of Financial Account Information in Tax Matters. The signing and ratification of the Convention is therefore very timely since Saint Lucia has already signed the CRS Multilateral Competent Authority Agreement (MCAA) based on Article 6 of the Convention to operationalise automatic exchange of financial account information. The Convention can also be used to swiftly implement the transparency measures of the OECD/G20 Base Erosion and Profit Shifting (BEPS) Project such as the automatic exchange of Country-by-Country reports under Action 13 as well as the sharing of rulings under Action 5. A powerful tool for the fight against illicit financial flows the Convention also enables jurisdictions to implement the commitments they have each made as members of the Global Forum on Transparency and Exchange of Information for Tax Purposes.