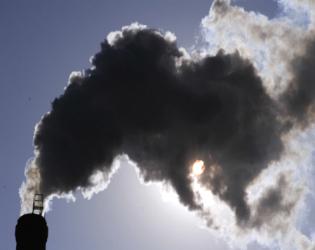 “To eliminate emissions from fossil fuels in the second half of the century.” The goal set out by the OECD at the LSE in October is an ambitious but necessary one. This objective has set the tone of OECD’s contribution to the 19th UN Climate Change Conference (COP 19), held in Warsaw, Poland, from 11 to 22 November.

Since the 1997 Kyoto Protocol, most governments have made real efforts to reduce greenhouse gas emissions, but these have merely helped to slow down their increase. So eliminating emissions is a whole other story. Why such an ambitious goal and how to achieve it?

The answer to the first question is that CO2 is a gas with a long life. Over 60% of CO2 emitted today will still be in the atmosphere 20 years from now and 45% 100 years from now. Hence, mitigating climate change requires much more radical measures than have been taken so far. To address the second question, key OECD recommendations to governments include:

These recommendations, combined with a wide array of OECD case-studies and analysis,  pave the way for an ambitious COP 19.