The OECD work on LGBTI+ inclusion

November 2021: TV interview of Marie-Anne Valfort in French on the main findings of the OECD work on LGBTI+ inclusion

Phase II of the OECD work on LGBTI+ inclusion focuses on the solutions to the challenges faced by LGBTI+ individuals. Its main output is the OECD report « Over the Rainbow ? The Road to LGBTI Inclusion » which identifies the laws that are essential to foster LGBTI+ equality, the extent to which these laws have been passed in OECD countries, as well as the policies that it is critical to implement, on top of passing LGBTI+-inclusive laws, to fully achieve LGBTI+ equality. This report notably unveils a positive relationship between legal LGBTI+ inclusivity and economic development: an increase in legal LGBTI+ inclusivity from its average value among the three lowest-performing OECD countries to its average value among the three highest-performing OECD countries is associated with an increase in real GDP per capita of approximately USD 3 200.

Phase II was funded by the United Kindgom, Norway, Canada and Austria. 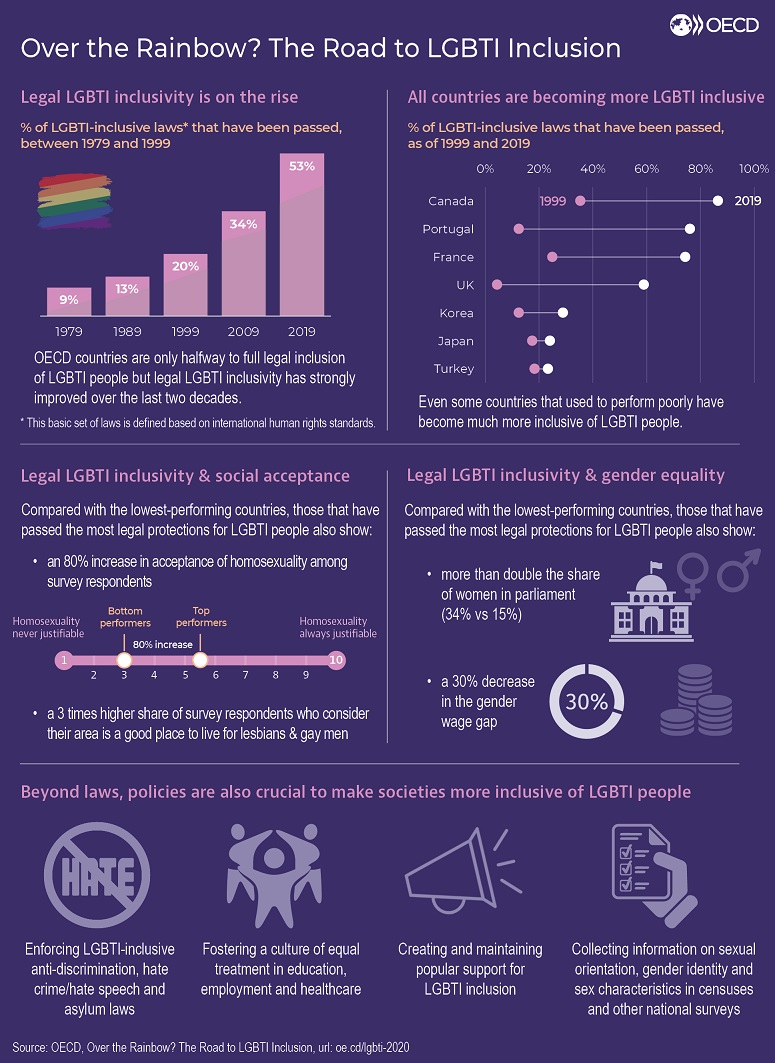 Phase I was funded by the Netherlands, the United States, Denmark and Austria. 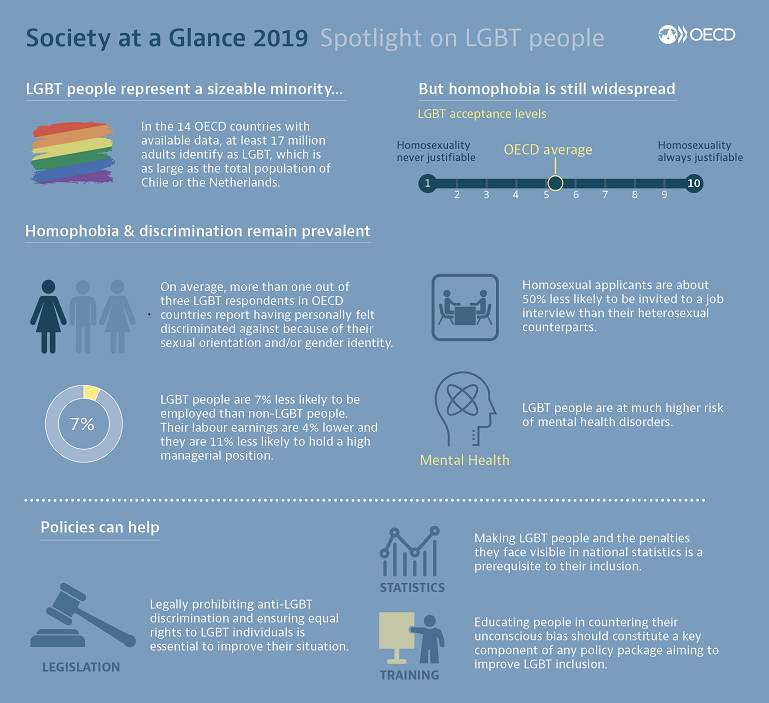