10/06/2022 - Meeting today in Paris, in the margins of the Meeting of the OECD Council at the Ministerial Level (MCM), the Deputy Chairperson of the African Union Commission (AUC), Dr. Monique Nsanzabaganwa, and the Secretary-General of the OECD, Mathias Cormann, announced that the two institutions intend to scale-up their collaboration to address the most pressing global challenges through a strong and equal partnership based on trust and mutual understanding. 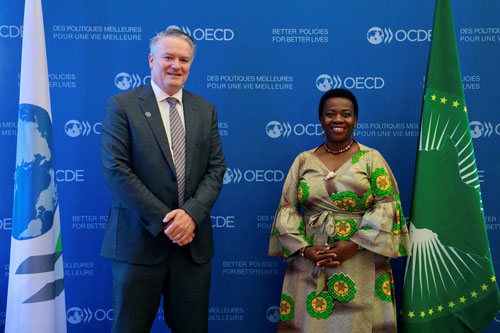 The partnership will be developed following this week’s Meeting of the OECD Council at the Ministerial Level (MCM). The AUC and the OECD announced their intent to establish a mechanism for institutional coordination, including focal points to start in-depth consultations aimed at specifying the partnership’s strategic goals and its main areas of work. 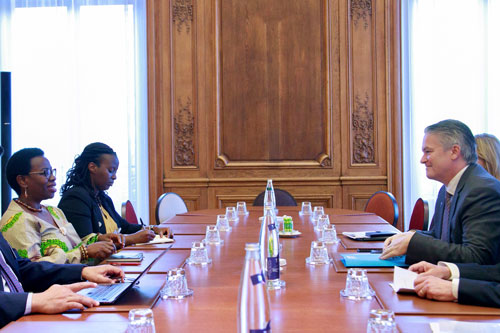 The partnership, intended to address mutually agreed priorities, is expected to be formalised through a Memorandum of Understanding between the two institutions, further developing the sectoral cooperation spelled out in two memoranda signed in the previous decade in 2014 and 2016.