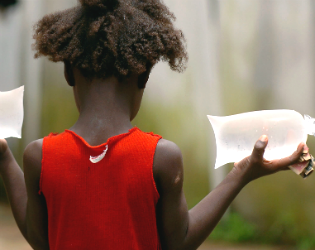 “I believe that this is Africa’s moment, for the very important reason that Africa is showing signs of real progress and renewal,” said Myles Wickstead in 2005, when he was head of the UK Commission for Africa. His assessment has proven to be astute indeed.

African GDP has expanded by a healthy 5% per year since 2000, led by demand for commodities and spurred on by closer links to global trade and finance, better public and private sector economic management, improved communications and other technological breakthroughs, and advancements in welfare and education.

Productivity has risen across the continent, and though Africa’s population is expanding rapidly by global standards, income per head has nonetheless risen twice as fast as in OECD countries, sowing the seeds of a burgeoning middle class. From refrigerators and mobile phones to cars and financial services, consumer sales have surged: vehicle ownership in Ghana alone leapt by 81% since 2006.

But despite all this progress, stubborn challenges remain.

Africa is struggling to achieve all eight Millennium Development Goals – and there are barely two years left to deadline. Just a third of Africans have access to sanitation, for instance, and another third have no access at all to clean water.  Fighting disease remains an uphill battle in such conditions, especially as the price for vaccines rises. These problems are particularly troublesome in Africa’s fragile states, whose 200 million inhabitants need constant support. Although a recent World Bank study suggests some progress in fragile states, their predicament underlines the importance of development aid, and the need for donors to reverse recent falls.

Aid will also be essential for helping address what the African Development Bank describes as an “infrastructure gap”, an enormous rift which would cost some $50 billion a year for a decade to bridge, the Bank estimates.

Clearly, Africa has to transform its economic structures if it is to make fuller use of its abundant natural resources. One key step will be to help countries shift to higher value-added activities, such as manufacturing, as well as reap greater benefits from commodity extraction itself by plugging global firms more firmly into local supply chains.

Another priority is to invest more in skills and childhood education, not least to improve the prospects of the tens of millions of young people that enter the job market every year. And they must continue efforts – in many cases with OECD input – to strengthen public institutions, improve tax systems and fight corruption.

So can Africa continue to forge ahead, and withstand short-term headwinds, including slower demand from China? The answer is yes, thanks in part to increasing investments from India, Korea and elsewhere, and ongoing international development efforts.

But the real gains will come through co-ordinated policies. With the right approaches to encourage inclusive growth and a greater use of human capital, policymakers could transform what has been Africa’s moment into Africa’s century.

Follow the debate with 700 African leaders, policymakers and experts: