Promoting the protection of cultural heritage in conflict-affected areas

To strengthen international action for the protection of cultural heritage in conflict-affected areas, Italy has combined high-level advocacy with direct support for a collective response. This has helped secure international commitments, for example through UNESCO and the UN Security Council. Key to Italy’s success is its credibility and domestic expertise, along with a sustained effort to seize opportunities in key multilateral fora.

Armed conflict endangers the world’s cultural heritage, as past experiences such as in Syria or Mali have shown. In addition to the more generalised damage caused by conflict, parties to a conflict also often target cultural heritage to demoralise the community and illustrate their supremacy. Conversely, preserving and restoring cultural heritage can be a factor in reconciliation and peacebuilding. However, international attention, collaboration and resources to protect cultural heritage in areas of conflict and crisis needed to be strengthened.

Italy pursued a dual approach of international advocacy and action.

By placing the issue on the international agenda, Italy in conjunction with other states has secured commitments and international support in key fora. At Expo 2015, Italy facilitated a joint declaration of ministers of culture and representatives of 83 countries condemning the use of violence against cultural heritage. Italy co-drafted, along with France, the first Security Council resolution dedicated to this issue. It was also the sponsor of a UNESCO resolution on a cultural component in peacekeeping missions. These efforts are bearing fruit: the first report to the Security Council (2017) illustrates that many states have launched initiatives to protect cultural heritage in conflict situations.

Through ICCROM, Italy has promoted an integrated and multi-hazard risk management approach to heritage. This has also led to a greater understanding of the direct and indirect impacts of the COVID-19 pandemic on cultural heritage. Guidance is available in five languages, together with videos on protecting heritage from COVID-19 outbreaks and secondary hazards, and on how to support heritage-based livelihoods during the pandemic.

Critical elements for Italy’s success were:

International Centre for the Study of the Preservation and Restoration of Cultural Property (ICCROM), ICCROM and Italy, https://www.iccrom.org/about/overview/iccrom-and-italy. 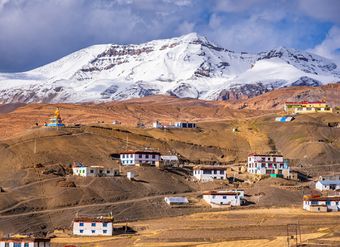