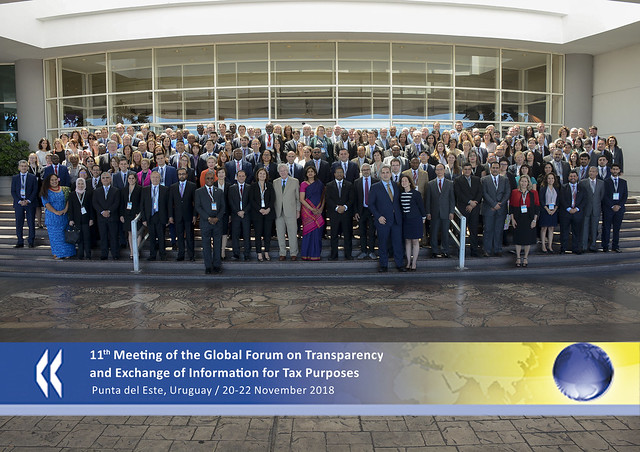 In November 2018, Ministers and Deputy Ministers of Latin American countries met on the margin of the Global Forum Plenary held in Punta del Este, Uruguay, to discuss how to use exchange of information to fight tax fraud and corruption. As a conclusion of the meeting, the Punta del Este Declaration (the Declaration) was signed. In the Declaration, signatories agreed to lead by example in tackling illicit financial flows through increased international tax cooperation. As a result, concrete steps to tackle tax evasion and other financial crimes were included in the Declaration, such as:

In November 2019, a ministerial-level meeting, hosted by the Secretary General of the OECD, was held in advance of the Global Forum 10th anniversary plenary meeting. The meeting marked the first anniversary of the Declaration and provided ministers as well as high-level officials from signatory jurisdictions with an opportunity to:

As a result of the meeting, participants agreed to hold a high-level meeting in the second half of 2020 at which they would: (i) report back on the actions contained in their National Action Plans; and (ii) explore further how to implement the objectives of the Declaration.

To this date, the following countries are signatories of the Declaration: