Our work focuses on emerging issues and structural transformations that impact the scope and effectiveness of food and nutrition security policies and early warning mechanisms. We look at the impact of rapid urbanisation, population growth and transformations in food demand on the size and structure of the West African food economy and employment in the sector. Our analyses describe and provide evidence on ongoing transformations and identify policy implications and opportunities for improving policy design and instruments. The findings of this collaborative activity feeds into international debates, notably within the context of the Food Crisis Prevention Network (RPCA) and the Global Alliance for Resilience (AGIR).

West Africa’s food economy is witnessing major transformations that create new opportunities and pose new challenges for food and nutrition security. Population dynamics and in particular urbanisation have been major drivers of these transformations. Between 1950 and 2015 the region’s population grew from 73 million to 370 million. There are now 150 million people living in West Africa’s cities, 25 times more than in 1950. As a result, the size of the food economy grew spectacularly, accounting for USD 260 billion in 2015, or 39% of regional GDP.

A growing number of households are turning to markets for their food supply. In urban areas, almost all food is bought on the market. At the same time, increasingly diversified rural economies and the spread of urban products and lifestyles mean that the share of the rural food supply from markets is also growing.

Urbanisation and urban lifestyles are also accompanied by shifts in dietary patterns, which are spreading beyond the frontiers of towns and cities. More fruits and vegetables and more processed foods are being consumed, while consumption of cereals and pulses is declining. Demand for convenience is another overarching trend across income groups and are reflected in the strong demand for processed and prepared foods and in the expansion of street food.

The combined effects of rapid urbanisation, population growth and resulting transformations in the demand for food have had major impacts on the size of the West African food economy and its structure. A major evolution of the food economy is the rapid development of non-agricultural postharvest activities, such as processing, packaging, distribution and retail.

These transformations open up new opportunities for value addition and employment creation, and increasingly in the off-farm segments of the value chain. Given the size of the food economy its functioning, competitiveness and development have major impacts on the current employment structure and future job opportunities and needs.

These ongoing transformations of the food economy have important impacts on the scope and effectiveness of food and nutritional security policies and early warning mechanisms, and food policy more broadly. Policies need to adjust to these changes in order to fully leverage the new opportunities in terms of value generation, employment and economic diversification, improved affordability and stability of food supply, and nutritional outcomes. more 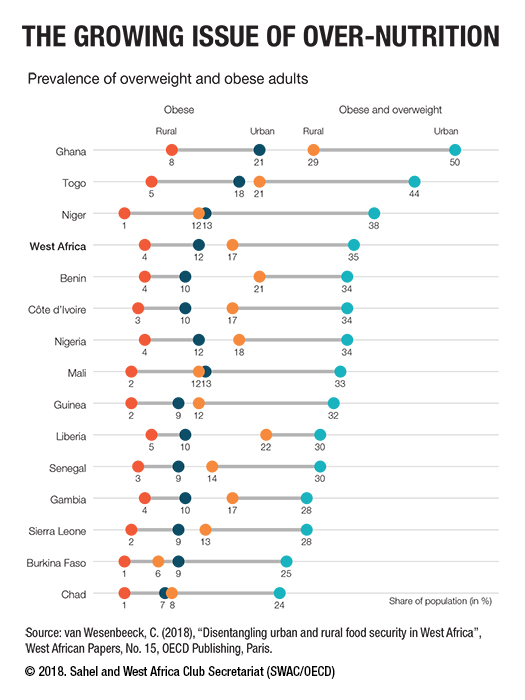 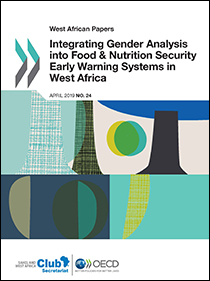