If you need help, simply email us! We will take care of your subscription request.

Subcribe to our blog

With or without, during and after Covid-19: the reform of the health and education systems in West Africa is a priority, Development Matters, 6 April 2020

Nigeria’s border closure: Why it will not pay off, OECD Development Matters, 19 November 2019

African urban studies at the OECD, Interview with the Korean Land and Housing Institute, August 2019

The essential role of cities in cross-border co-operation as a lever for African integration, OECD Development Matters, 18 April 2019 (French)

The war against schools in the Sahel, RFI, 7 milliards de voisins, 31 January 2019 (French)

Gov’t commits to the realisation of food, nutrition security for Gambians, The Point, Gambie, 5 December 2018

Laurent Bossard : the city is a laboratory of the Africa of tomorrow, (French), Le Monde Afrique, 22 November 2018

What hope for peace in Mali? OECD Observer, September 2018

Media report for the seminar on cross-border development in the Sahel, 3-4 July 2018

Questions A: Ali Bety on the 3N Initiative in Niger Ouest-TV, April 2018

Focus on the food and nutrition situation in the Sahel and West Africa, WARI programme, TV5 Monde, April 2018

Food prices must drop in Africa: How can this be achieved?, OECD Development Matters, 9 February 2018

Eradicating hunger and malnutrition in the Sahel and West Africa: If you want to go far, go together (French), Politorbis, no. 66, Swiss Development Co-operation, 02/2018

Interview with Mr Laurent Bossard: The food economy is and will remain the main source of employment in West Africa, L'événement précis, 10 December 2017

WARI Magazine on the 33rd RPCA annual meeting and the food and nutrition situation, TV5Monde, December 2017

WARI Magazine on the 2nd evaluation of the PREGEC Charter,  TV5Monde, November 2017

The food and nutrition situation in the Sahel and West Africa, Wari magazine, TV5Monde, 20 April 2017

Girls robbed of their childhood in the Sahel (French), Le Monde Afrique, 7 March 2017

Towards a Better Understanding of the Global Alliance for Resilience (AGIR), OECD Insights Blog, 12 December 2016

Time to connect the dots on urbanization and women and girls, DEVEX, 20 October 2016

Cities, which are growing at full speed, will be an opportunity for Africa provided that…, Le Monde Afrique, 28 September 2016 (French)

The climate scientist and the teacher, OECD Insights, 26 August 2016

"No, it is possible to stop desertification", Interview with Sibiri Jean Zoundi, TV5 Monde, 20 June 2016

AGIR: Resilience, a buzzword or a long-term commitment?, OECD Development Matters, 4 May 2016

Facing the expansion of Daesh in Libya and risks of destabilisation of the Sahel region, military action can not be the sole response, by Serge Michailof, DiploWeb, 21 February 2016 (French)

Can cross-border co-operation be a tool for the stabilisation and development of Mali and its northern regions?, OECD Insights, 22 October 2015

Building resilient societies and breaking the cycle of rural poverty in the Sahel and West Africa region, OECD Insights, 16 October 2015

Eating soup with a knife: Confronting warfare in the Sahara, OECD Observer, October 2015

E‌bola does not stop at the border, September 2014

The Sahel needs an agro-ecological revolution 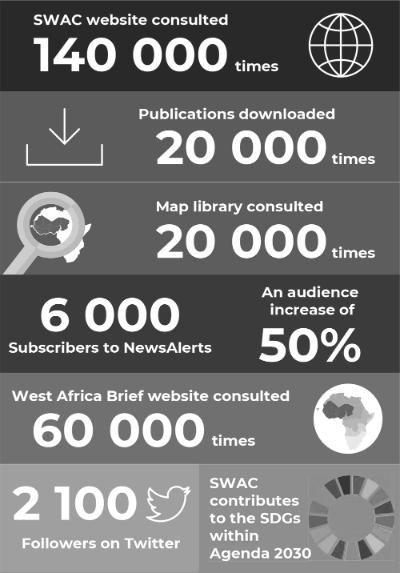