Promoting Growth in All Regions 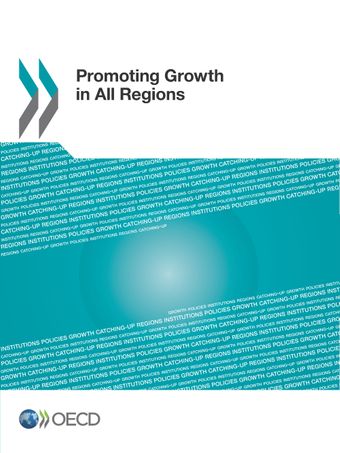 This publication highlights the importance of promoting growth in all types of OECD regions, particularly in underdeveloped ones. Helping underdeveloped regions to catch up will have a positive impact on a country’s national growth; in some cases more so than in already well-developed regions. Furthermore such growth helps to build  a fairer society, in which no territories and their people are left behind. An important question is whether this potential to catch up is possible?  The evidence suggests that this IS the case.  Examinations of patterns of growth reveal that underdeveloped rural and intermediate regions tend to grow faster. Their catching-up potentially largely depends on human capital development, infrastructure and innovation-related activities but also on institutional factors and policies. This publication is based on anlaysis among all OECD regions and 23 case study regions from ten OECD countries over the period 1995-2007.

The publication draws on case studies of 23 regions from ten OECD countries:

Why should governments be concerned with the performance of underdeveloped regions rather than focusing only on a few and big engines of growth? Many lagging, lower income regions are often seen as a drag on national performance, rather than as potential assets to be exploited. In the past, most policies aimed at supporting such regions sought to “prop them up” through fiscal transfers and subsidies, an approach that yielded very poor results. However, this  report provides fresh analysis that shows how relatively backward regions can in fact be potentially important sources of growth, but that a very different approach is needed to tap that potential. Using a combination of statistical analysis and 23 case studies of specific regions across the OECD area, the report finds that: