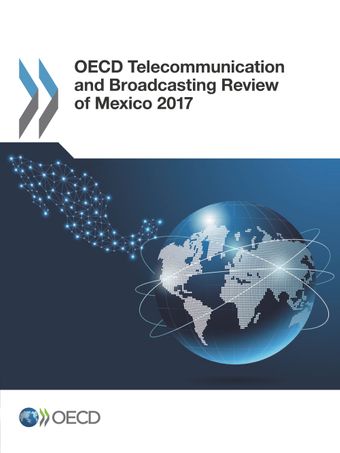 The OECD Review of Telecommunication Policy and Regulation in Mexico, released in 2012, provided a comprehensive examination of the sector at the time, highlighting potential areas for regulatory and policy reform. Since then, the Mexican telecommunication sector has experienced substantial progress both from a legal and regulatory perspective, but also with respect to current market dynamics. The changes derive, to an important extent, from the reform that has taken place in Mexico since 2013, which closely reflect the 2012 OECD recommendations.This report assesses subsequent market developments in the telecommunication and broadcasting sectors in Mexico, evaluates the implementation of the 2012 OECD recommendations, and puts forward a number of recommendations for the future. It records the remarkable progress made in implementing policy and regulatory changes and identifies areas where more can be done to continue the momentum that has brought tangible benefits to the people of Mexico.

The 2017 Review follows the OECD’s 2012 Review of Telecommunication Policy and Regulation in Mexico, whose recommendations contributed to the country’s 2013 reform.

The OECD's Going Digital project is a multidisciplinary, cross-cutting initiative that aims to help policymakers in all relevant policy areas better understand the digital transformation that is taking place across different sectors of the economy and society as a whole. It will articulate recommendations for pro-active – rather than reactive – policies that will help to drive greater growth and societal well-being and help address the challenges of slow productivity growth, high unemployment and growing inequality in many countries.