Model Tax Convention on Income and on Capital 2014 (Full Version) 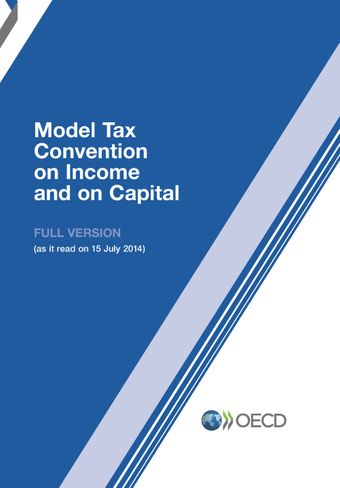 International juridical double taxation –  generally defined as the imposition of comparable taxes in two (or more) States on the same taxpayer in respect of the same subject matter and for identical periods – has harmful effects on the international exchange of goods and services and cross-border movements of capital, technology and persons. In recognition of the need to remove this obstacle to the development of economic relations between countries, as well as of the importance of clarifying and standardising the fiscal situation of taxpayers who are engaged in activities in other countries, the OECD Model Tax Convention on Income and on Capital provides a means to settle on a uniform basis the most common problems that arise in the field of international juridical double taxation.