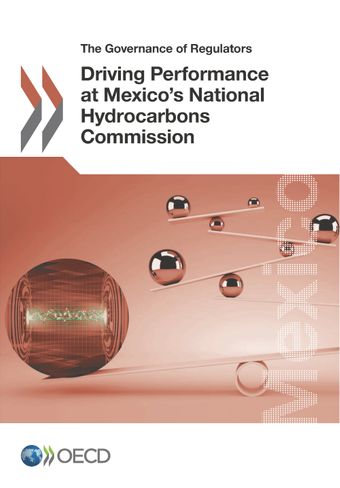 This report applies the PAFER to Mexico’s National Hydrocarbons Commission and assesses its functions, practices and behaviour. It focuses on internal governance, including structures and processes for decision making, managing financial resources, attracting and retaining talent, managing data and assessing performance. The review identifies a number of challenges and opportunities for improvement, and is a companion to reviews of the internal governance of two other Mexican energy regulators, the Agency for Safety, Energy and Environment and the Energy Regulatory Commission, and the review of the external governance of the country’s energy sector, Driving Peformance of Mexico’s Energy Regulators.

CNH regulates the “upstream sector” of hydrocarbons, by regulating, monitoring and evaluating the exploration and extraction of hydrocarbons in Mexico.

Established in 2008, the functions, powers and status of the CNH were strengthened by the reform. It is now a Ministerial-level entity governed by two federal laws, which establish technical, operational, and managerial autonomy for the regulator.

The remit of the CNH was substantially broadened by the energy reform. CNH has successfully traversed the early phases of implementation of the reform and is seen as a professional and trusted regulator. It is urgent to build on this trust and track record to enhance internal processes that can further support the performance of CNH and fully reap the benefits of its formal autonomy.