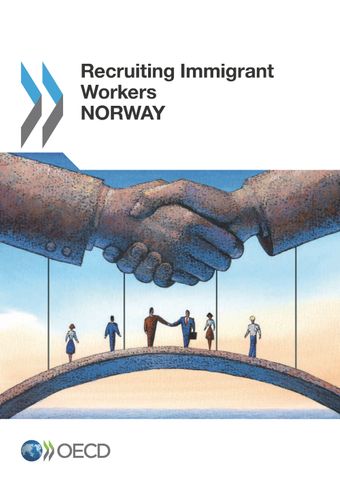 Norway is characterised by very high levels of migration from within the European Economic Area (EEA) and growing but small scale labour migration from countries outside the EEA. In this context, the challenge for managing discretionary labour migration is to ensure it complements EEA flows. High-skilled workers who come to Norway often leave, even if their employer would like to keep them. Norway has many international students, but most appear to leave at graduation or in the years that follow. The spouses of skilled migrants – usually educated and talented themselves – face challenges in finding employment, and this may cause the whole family to leave. Key industries in smaller population centres wonder how they will source talent in the future. This review examines these aspects of the Norwegian labour migration system. It considers the efficiency of procedures and whether the system is capable of meeting demand. It looks at several policy measures that were implemented and withdrawn, and assesses how these and other mechanisms could be better applied. The characteristics and behaviour of past labour migrants is examined to suggest means of encouraging promising immigrants to remain, and how Norway might attract the specific labour migrants from which it can most benefit in the future.

Norway is second only to Switzerland in terms of inflows of labour migrants as a share of population, according to a new OECD review of the labour market integration of migrants in Norway. Most migrants come from the European Union, with free movement accounting for about 40 000 in 2012, compared with fewer than 5 000 non-European workers admitted.

“Recruiting Immigrant Workers – Norway” says that Norway is less affected by concern over the global competition for talent, over imminent skills shortages or over the dramatic population ageing faced by many other OECD countries such as Germany or Japan.

This, says the OECD, highlights the role for discretionary labour migration, which already feeds certain key sectors and occupations in Norway, and may play a growing role in the future. Future demand is likely to increase for certain categories of skilled workers. Technology, engineering and the extraction industry are global fields in which Norwegian employers compete worldwide. Other sectors such as healthcare are also expected to look abroad for labour in the future.

The report recommends that Norway:

For comment or further information, you can contact Jonathan Chaloff or Theodora Xenogiani of the OECD’s Migration Division