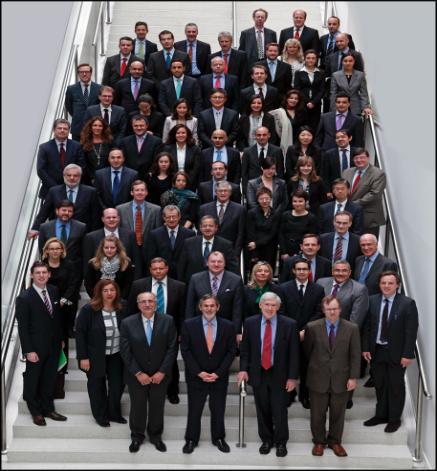 The Deauville Partnership Conference on “Building Open, Fair, and Transparent Government for Growth and Development” was organised under the auspices of the United States G8 Presidency by the OECD and the platform of International Organisations that support the Governance Pillar of the Deauville Partnership on 24th April 2012 at the OECD Headquarters in Paris. It was chaired by Ms. Gabriela Ramos, OECD Chief of Staff and Sherpa and Mr. Robert D. Hormats, Under Secretary of State for Economic Growth, Energy and the Environment, United States.

The objective of the conference was to engage in a discussion on how to reinforce institutions, policies and instruments supporting Open Government, including transparency, integrity, access to information and citizen’s participation. The Conference brought together more than 130 high-level government representatives and experts from the Deauville Partnership countries, member countries of the Arab League, the OECD, the Union for the Mediterranean, the UNDP, and ARADO (Arab Administrative Development Organisation, affiliated with the League of Arab States.

The conference helped develop a common understanding of open government challenges through four dynamic sessions that addressed the following themes:

1- Open Government as a Cornerstone of Good Governance
2- Corruption prevention and vulnerable areas, including the case of public procurement
3- Strengthening Frameworks for SMEs for Job Creation in Deauville Partnership Countries
4- Ensuring efficiency and trust in government through Open Data

Session 1: Open Government as a Cornerstone of Good Governance

Session 2: Corruption prevention and vulnerable areas, including the case of public procurement

Session 4: Ensuring efficiency and trust in government through Open Data